A Visit to Russia for “Life Extension” of the Planet: NATO, Poland and Operation Anakonda 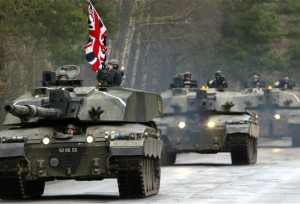 On October 9, I was in the Nevada desert with Catholic Workers from around the world for an action of prayer and nonviolent resistance at what is now called the Nevada National Security Site, the test site where between 1951 and 1992, nine hundred and twenty-eight documented atmospheric and underground nuclear tests occurred. Since the Comprehensive Nuclear-Test Ban Treaty and the apparent end of the Cold War, The National Nuclear Security Administration, NNSA, has maintained the site, circumventing the intent of the treaty with a stated “mission to maintain the stockpile without explosive underground nuclear testing.”

Three days earlier, as if to remind us that the test site is not a relic with exclusively historic significance, the NNSA announced that earlier in the month, two B-2 Stealth Bombers from Whiteman Air Force Base in Missouri dropped two dummy B61 nuclear bombs at the site. “The primary objective of flight testing is to obtain reliability, accuracy, and performance data under operationally representative conditions,” said the NNSA press release. “Such testing is part of the qualification process of current alterations and life extension programs for weapon systems.”

“The B61 is a critical element of the U.S. nuclear triad and the extended deterrent,” said Brig. Gen. Michael Lutton, NNSA’s principal assistant deputy administrator for military application. “The recent surveillance flight tests demonstrate NNSA’s commitment to ensure all weapon systems are safe, secure, and effective.”

General Lutton and the NNSA do not explain what threat the testing of B61 nuclear bombs is meant to deter. The military industrial complex, including the “life extension programs for weapon systems” the U.S. intends to spend a trillion dollars on over the next decades, is not a response to any real threat but exists only to perpetuate itself. For public consumption, however, expenditures of this magnitude require justification. The not so subtle message that this was a “dry run” of a nuclear attack on Russia was not missed by the media that picked up the story.

Shortly after leaving Nevada, I was in Moscow, Russia, as part of a small delegation representing Voices for Creative Nonviolence from the United States and United Kingdom. Over the next 10 days in Moscow and St. Petersburg, we saw nothing of the massive preparations for war there that are being reported in the Western media. We saw no sign of and no one we spoke to knew anything about the widely reported evacuation of 40 million Russians in a civil defense drill. “Is Putin preparing for WW3?” asked one U.K. tabloid on October 14: “Following a breakdown in communication between the USA and Russia, the Kremlin organized the huge emergency practice drill – either as a show of force or something more sinister.” This drill turned out to be an annual review that firefighters, hospital workers and police routinely conduct to evaluate their capacities to manage potential natural and manmade disasters.

Over the past years I have visited many of the world’s major cities and Moscow and St. Petersburg are the least militarized of any I’ve seen. Visiting the White House in Washington, DC, for example, one cannot miss seeing uniformed Secret Service agents with automatic weapons patrolling the fence line and the silhouettes of snipers on the roof. In contrast, even at Red Square and the Kremlin, the seat of the Russian government, only a few lightly armed police officers are visible. They seemed mainly occupied with giving directions to tourists.

Traveling on the cheap, lodging in hostels, eating in cafeterias and taking public transportation is a great way to visit any region and it gave us opportunities to meet people we would not otherwise have met. We followed up on contacts made by friends who had visited Russia earlier and we found ourselves in a number of Russian homes. We did take in some of the sights, museums, cathedrals, a boat ride on the Neva, etc., but we also visited a homeless shelter and offices of human rights groups and attended a Quaker meeting. On one occasion we were invited to address students in a language school in a formal setting, but most of our encounters were small and personal and we did more listening than talking.

I am not sure that the term “Citizen Diplomacy” can be accurately applied to what we did and experienced in Russia. Certainly the four of us, me from Iowa, Erica Brock from New York, David Smith-Ferri from California and Susan Clarkson from England, hoped that by  meeting Russian citizens we could help foster better relations between our nations. On the other hand, as much as the term suggests that we were acting even informally to defend or explain our governments’ actions, interests and policies, we were not diplomats. We did not go to Russia with the intention of putting a human face on or in any way justifying our countries’ policies toward Russia. There is a sense, though, that the only genuine diplomatic efforts being made between the U.S. and NATO countries at this time are citizen initiatives like our own little delegation. What the U.S. State Department calls “diplomacy” is actually aggression by another name and it is questionable whether the U.S. is capable of true diplomacy while it surrounds Russia with military bases and “missile defense” systems and carries out massive military maneuvers near its borders.

I am conscious of the need to be humble and not to overstate or claim any expertise. Our visit was less than two weeks long and we saw little of a vast country. Our hosts reminded us continually that the lifestyles and views of Russians outside their country’s largest cities might be different from theirs. Still, there is so little knowledge of what is going on in Russia today that we need to speak the little we have to offer.

While we heard a wide variety of views on many crucial issues, there seems to be a consensus among those we met about the impossibility of a war between Russia and U.S./NATO. The war that many of our politicians and pundits see clearly on the horizon as inevitable is not only unlikely, it is unthinkable, to the Russian people we talked with. None of them thinks that our countries’ leaders would be so crazy as to allow the tensions between them to bring us to a nuclear war.

In the United States, Presidents Bush and Obama are often credited for “fighting the war over there so we don’t have to fight it here.” In St. Petersburg we visited the Piskaya Memorial Park, where hundreds of thousands of the one million victims of the German’s siege of Leningrad are buried in mass graves. In World War II, more than 22 million Russians were killed, most of these civilians. Russians, more than Americans, know that the next world war will not be fought on a faraway battlefield.

Russian students laughed at the joke, “If the Russians are not trying to provoke a war, why did they put their country in the middle of all these U.S. military bases?” But I ruefully told them that due to our nation’s professed exceptionalism, many Americans would not see the humor in it. Rather, a double standard is considered normal. When Russia responds to military maneuvers by the U.S. and its NATO allies on its borders by increasing its defense readiness inside its borders, this is perceived as a dangerous sign of aggression. This summer in Poland, for example, thousands of U.S. troops participated in NATO military maneuvers, “Operation Anakonda” (even spelled with a “k,” an anaconda is a snake that kills its victim by surrounding and squeezing it to death) and when Russia responded by augmenting its own troops inside Russia, this response was regarded a threat. The hyped up proposition that Russia might be conducting civil defense drills raises suspicion that Russia is preparing to launch World War III. Yet, a practice run, dropping mock nuclear bombs in Nevada, is not viewed in the West “as a show of force or something more sinister,” but only as an indication of a “commitment to ensure all weapon systems are safe, secure, and effective.”

The life extension of our planet needs to be a universal goal. To speak of, let alone pour a nation’s wealth into a program of “life extension programs for weapon systems” is nothing short of madness. Our Russian friends’ confidence in our collective sanity and the steadiness of our leadership, especially in the wake of the recent election, is a great challenge. I am grateful to new friends for the warmth and generosity of their welcome and I hope to visit Russia again before long. As important and satisfying as these “citizen diplomatic” encounters are, however, we must honor these friendships through active resistance to the arrogance and exceptionalism that might lead the U.S. to a war that could destroy us all.