If the theory that politicians are psychopaths could be substantiated, it would have profound implications for the non-psychopaths who make up the majority of the general public. Such an understanding would necessitate the restructuring of society to ensure that such persons never attain positions of power.

There are many factors explaining why atrocities are committed, e.g., war, dumping toxic waste, refusing to implement environmental protection measures, etc. These factors include obedience to authority, the delegation of personal responsibility (‘I’m just doing my job’), and the pack-mentality phenomenon.

Nevertheless, groups often need amoral leaders in order to provoke them into doing amoral things. If psychopaths were screened by non-psychopaths it would reduce the likelihood of war, mercenary activities, profiteering, etc.

WHAT IS A PSYCHOPATH?

The media-cultivated image of the psychopath is a sadist who lures victims into a basement to torture them. This is handy for propaganda purposes because it conditions the public to be suspicious of deviants more than of those in power. Though the sadist profile is relevant to a number of psychopaths, the majority of psychopaths do not fit the description. The clinical definition of psychopath is a person who cannot feel compassion for or empathy with another’s pain and uses a variety of skills, from charm to violence, to pursue her/his own interests.

Oxford Professor Kevin Dutton conducted the Great British Psychopath Survey and included as symptoms: ‘ruthlessness, fearlessness, mental toughness, charm, persuasiveness and a lack of conscience and empathy’. Dutton found ‘the clergy cropp[ing] up there at number eight’. As well as politicians and police, Dutton listed ‘the usual suspects at the top; … CEOs, lawyers, media—TV and radio’.

Dutton says that in ‘Any situation where you’ve got a power structure, a hierarchy, the ability to manipulate or wield control over people, you get psychopaths doing very well’. Doctors, nurses, and carers are low on psychopathy, Dutton continued, but surgeons are high. ‘I’ve interviewed a lot of special forces troops, especially the British Special Air Service … That’s a very good example of people who are pretty high on those psychopathic traits’.1

Psychology Professor Scott Lilienfeld of Emory University reports that ‘presidents tended to be more like psychopaths than the general population in their level of fearless dominance’. Former Federal Prosecutor James Silver says that ‘The characteristics that define clinical psychopathy are many of the same that make effective leaders’. Silver listed as traits a ‘lack of remorse and empathy, a sense of grandiosity, superficial charm, conning and manipulative behavior, and refusal to take responsibility for one’s actions, among others’.2 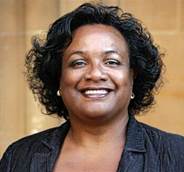 ‘There will be civilian casualties—there always are in such deployments’.
Labour MP Diane Abbott, who voted to bomb Libya.

Silver went on cite Dr. Robert Hare, an FBI profiler, ‘perhaps the leading expert on the disorder and the person who developed the most commonly used test for diagnosing psychopathy’. Hare found ‘that psychopaths generally have a heightened need for power and prestige — exactly the type of urges that make politics an attractive calling’.

Hare pointed out in an interview elsewhere that if corporations were people (which they are in the legal sense) they would be psychopaths: Inability to empathise (e.g., Bechtel privatising Cochabamba’s water); callous disregard for the welfare of others (e.g., Shell letting Nigerians live knee-deep in oil spills); inability to maintain relationships (e.g., corporate spying); and ruthless self-interest (e.g., Monsanto’s self-destroying GM seeds that force farmers to buy more).3

In other words, we live in a world in which psychopathic individuals design, run, and maintain psychopathic institutions. According to Dr. Paul Babiak, one in twenty-five bosses are psychopaths. They ‘are adept at climbing the corporate ladder because they can cover up their weaknesses by subtly charming superiors and subordinates’.4

WHAT MAKES A PSYCHOPATH?

Dr. Lisa Marshall of Glasgow’s Caledonian University conducted a three-year study involving interviews with 105 ‘long-term offenders in Scottish prisons’, The Independent reported. ‘[S]he discovered that upbringing appeared to be an important factor in whether a child became a psychopath’.5

Time magazine reports that ‘Adult psychopaths don’t fear the pain of punishment, and similarly, they aren’t bothered by social pain’. That is why, for instance, the executives running Atos and the members of Britain’s unelected Tory-Liberal regime who contracted the former are equally unconcerned with the thousands of deaths in the UK alone resulting from social security cutbacks. Time added: ‘psychopaths had reduced volume in a region called the anterior rostral prefrontal cortex (arPFC) and another area known as the temporal pole … [D]amage here could explain their own lack of emotion and indifference’.6

Individuals who grow up to become psychopaths usually do so because they have been severely abused physically, mentally, and/or sexually, and/or physically and emotionally neglected. This often leads to the kind of neurological impairment noted above. Children terrified and traumatised in war-zones often develop such traits. Innate morality and the possibility that a child will develop pathological tendencies in adulthood are two reasons to ensure that all children—from all classes—are loved and cared for. 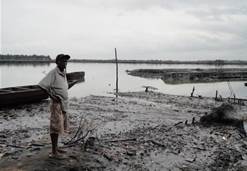 Do Shell executives care about their company’s oil spills in Nigeria?

‘The tradition is that the sons [and daughters] of the moneyed classes were sent away to perpetuate the establishment and its values through careers in the army, the law, medicine, the church and the making of money’, writes Leicester University’s Joy Schaverien. As Dutton and others found, all but one of those professions include inordinately high numbers of psychopaths.

Schaverien notes the observations of a Dutch colleague: that ‘the British Establishment was a group of traumatized people as a result of the practice of sending young children away from home to be placed in the care of strangers’. Schaverien added: ‘for any small child being left in the care of total strangers is a frightening experience’. The combination of early parental detachment, the social pressure to repress emotions (fear, anxiety, homesickness, etc.) and confinement to single-sex environments can foster ‘a perpetual distrust of loving relationships’.7

Western public opinion polls consistently show that majorities oppose class divisions, war, nuclear weapons, the continued use of fossil fuels, the weaponization of space, etc. These programmes appear to be designed and implemented by psychopaths.

In an era marrying dangerous hi-technologies, such as bio-, geo-, and nano-engineering, to power-seeking, profit-driven agendas, it is crucial for our very freedom and possibly survival to ensure that psychopaths are disempowered and environments conducive to fostering psychopathy in children—from war, to emotionally neglectful families, to boarding schools, to domestic violence—are eliminated.

1. Kevin Dutton, ‘The Pros to Being a Psychopath’, Smithsonian Magazine, 29 October, 2012, http://www.smithsonianmag.com/science-nature/The-Pros-to-Being-a-Psychopath-176019901.html

2. Quoted in Maia Szalavitz, ‘The psychopathic trait successful presidents have in common’, Time, 13 September, 2012, http://edition.cnn.com/2012/09/13/health/psychopathic-presidents-traits-time and James Silver, ‘The Startling Accuracy of Referring to Politicians as ‘Psychopaths”, The Atlantic, 31 July, 2012, http://www.theatlantic.com/health/archive/2012/07/the-startling-accuracy-of-referring-to-politicians-as-psychopaths/260517/

5. Marshall quoted in Jason Bennetto, ‘Q: What’s the difference between a politician and a psychopath? A: None’, Independent, 4 September, 1996, http://www.independent.co.uk/news/q-whats-the-difference-between-a-politician-and-a-psychopath-a-none-1361687.html