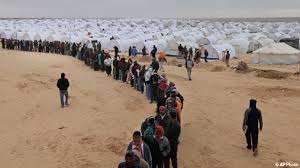 Tens of thousands of Libyans liberated from their homes.

On 27 August 2014, Tarek Mitri, Special Representative of the Secretary-General and Head of the United Nations Support Mission in Libya, delivered a farewell address to the Security Council. Mitri began his remarks with ‘[c]onservative figures for those displaced … estimated at over 100,000, with at least another 150,000, including many migrant workers, [who] have sought refuge abroad and fled the country’. That’s the per capita equivalent of 2.5 million Britons driven from their homes by violence. 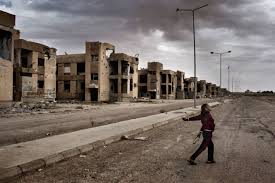 Thousands of apartments liberated of their inhabitants.

‘There is a general deterioration of living conditions. Food, fuel, water and electricity are in short supply. The departure of foreign medical staff and shortages in medical supplies has rendered the plight of civilians more critical’, Mitri continued. ‘The damage inflicted on public installations in Tripoli’s southern and western sections – including the airport, the main oil depot, roads and bridges – is nothing less than tragic’. 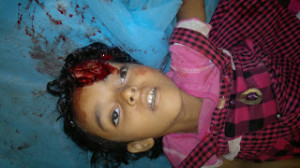 Libyan girl liberated of her life by NATO.

Mitri added that ‘In the east, fighting continues between two coalitions of forces comprising Libya Shield units, armed brigades and the Ansar al-Sharia extremist group on one hand and forces allied to General Khalifa Haftar and the Army Special Forces on the other. The violence has resulted in a significant number of civilian casualties’.1

Britain has a pivotal role in Libya’s suffering, having secretly trained and armed anti-Gaddafi elements as early as October 2010 in preparation for the dictator’s overthrow. Until 2010, Gaddafi was an ally, but his refusal to implement ‘reforms’ in—i.e., privatisation of—the energy sector meant that his days were numbered.2 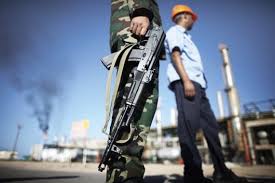 Islamic terrorist groups featured in, but were not the focus of, Mitri’s address. The much bigger critique was the collapse of the State, resulting from NATO’s 2011 illegal, ‘humanitarian’ bombing.

The BBC’s report, however, is centred around the Islamic groups, as if they are the sole cause and origin of the current crisis. The BBC’s article, ‘UN to impose sanctions on Libyan militia leaders’, makes absolutely no mention of the 250,000 displaced persons, the ‘general deterioration of living conditions’, or the ‘critical … plight of civilians’ noted by Mitri. See, instead how the BBC reports Mitri’s address:

‘Recent clashes have centred on the international airport in the capital, Tripoli, which is now under the control of militias from Misrata and other cities operating under the banner Libya Dawn, including some Islamist groups.

They took it from the hands of a Zintan-based militia, despite alleged air strikes carried out by Egypt and the UAE targeting the Islamist-linked group’.3

Notice in the BBC’s rendering the absence of humanitarian context, the omission of State crimes, and any mention of the refusal of both militias and government to adopt ceasefire proposals.

Prior to and during ‘Operation Unified Protector’, the BBC championed NATO’s destruction of Libya, in which 50,000 people died, according to figures given by the Western-installed puppet regime (see note 2). That is the per capita equivalent of 500,000 Britons. Thus it is only to be expected that the BBC’s report would expunge Mitri’s rendering of Libya’s new ‘democracy’. Mitri said: ‘Many Libyans continue to be sceptical of the political process in their country and frustrated with their political elites. Low participation in the two recent elections is an indication of such erosion of credibility’. This defies media lies concerning Libyans’ supposed appreciation of NATO. 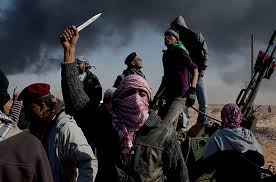 The BBC spun Mitri’s statement as: ‘Libya is also facing political turmoil, with two rival leaders and assemblies currently operating in two different parts of the country, each backed by rival armed groups’. This rendering makes it seem as if Libyans are still hopeful of the ‘legitimate’ parties.

As they had in the years and months leading up to the NATO demolition job in Libya, British businesses discuss how to profit. The PR firm Allurentis recently wrote a report for the UK Department of Trade and Investment (UKTI): 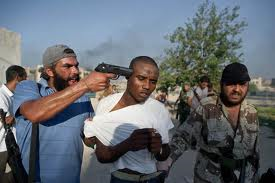 Tens of thousands of black Libyans have been ethnically cleansed.

It is one of many documents that show the callous, business-driven motives for the NATO bombing, which had nothing to do with the humanitarian pretexts:

‘Libya offers multiple opportunities for British business … The Government sees the UK industry as the right model for its own development, so giving UK plc a distinct competitive advantage when it comes to seeking opportunities in Libya … For new market entrants there is little competition. The previous totalitarian regime meant that the public sector was the dominant employer, so the business community and merchant classes’ growth was stunted and denied the opportunity to flourish’. 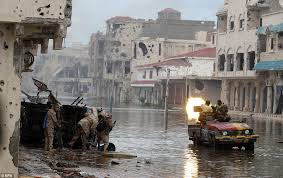 $200 billion-worth of damage to Libya.

The BBC has never reported on such documents. The UKTI document continues:

‘Libya’s latest Foreign Investment Law 9/2010, opens up new sectors that were previously closed to the private sector and to foreign investments. It offers exemption from corporate tax, customs duties, and various stamp duties for a five year period which, subject to conditions, may be extended for a further three years’.4 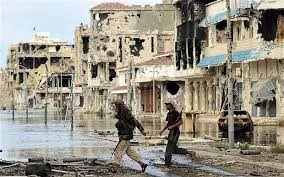 2. For extensive details and sources, see T.J. Coles’s series on Libya at Axis of Logic, http://www.axisoflogic.com/artman/publish/coles.shtml