Can Afghans Convince Us That the Method of War Isn’t Effective? 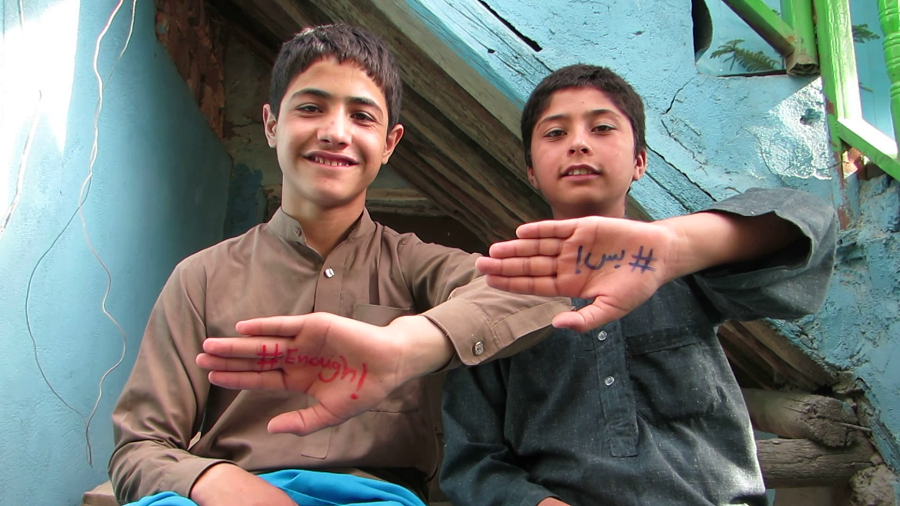 Consider their thirst to end the war

If we’re still quietly hoping that wars would end and people all over the world would get along peacefully, the dreams and demands of the Helmand Peace Convoy would give us courage and evidence.

When Amanullah Khateb joined the Convoy, now called the People’s Peace Movement (PPM ), he didn’t know that he would not see his wife again. With poor access to healthcare services, she recently died of appendicitis, leaving behind Khateb and three children. But Khateb wants peace so intensely that he rejoined the PPM after his wife’s funeral. This desire is shared by each of the members of the PPM. They want all groups involved in the Afghan war to stop fighting, including the Taliban and the U.S./NATO/Afghan forces. Muhammad Ahmadi from Nuristan Province, told Radio Liberty’s Pashto service that “Afghan peace is needed for Afghans like water for a thirsty man.”

Think about why Afghans say that war isn’t effective.

These Afghans aren’t political or peace activists. They are farmers, labourers, students, teachers, fathers, mothers and siblings who have tasted the failure of war. For them, war not only doesn’t work, it results in more war, verifying a report that in the ongoing ‘global war against terrorism’ from 2001 to 2015, terrorism increased nine fold.

British troops had fired 46 million rounds of ammunition at the Taliban during eight years of combat in Helmand.

Empathize with how war causes us to lose our minds, our loved ones, and our everything.

In 2013, while on his tour of duty in Helmand, Prince Harry had said that shooting Hellfire Missiles at insurgents was like ‘playing video games’ . In response, the Taliban said that Prince Harry had probably developed a mental problem. The Taliban themselves have mental illnesses. Afghan psychiatrist Dr Nader Alemi treated the Taliban as human beings though he disagreed with their ideology. He described his Taliban patients as ‘depressed because they never knew what would happen from one minute to the next’. They were so depressed ‘many wanted to die’. The Taliban would weep and Dr Nader would comfort them.

The psychological trauma and physical deprivations that war imposes on Afghan children like 15-year-old Kahar should also alert us. With his family, Kahar was displaced from Helmand to Kabul where he attended the Borderfree Street Kids School run by the Afghan Peace Volunteers. Kahar had said, “I fled from war in Helmand. I want to live in Kabul or anywhere that is good.”

But, Kabul’s security deteriorated. Kahar and his family returned from the frying pan into fiery Helmand, where it was reported in 2017 that ‘over the past 15 years, Helmand had lost 18,000 policemen’ and where, in July 2018, 600,000 children were reported to be deprived of an education.

What more, the older members of the PPM have tasted another crisis that was ignored amidst the frenzy and fray of war: by 2001, the Hamoun Oasis of the Sistan in Helmand was turning from a wetland to a dry wasteland. The desert was getting more desert-y.

A similar water and war crisis is gripping Afghanistan today, with many people in Ghor, Baghdis, Faryab and Jowzjan fleeing drought, hunger and war to take refuge elsewhere.

Like the ordinary folk of the People’s Peace Movement, help one another to make war a method of the past

Therefore, the PPM had every good reason to erect a tent outside the British Embassy in Kabul and to demand that the UK help to end the war. To them, ending the war is a matter of life and death.

The Afghan Peace Volunteers ( APVs ) met the PPM members in their blue tent last Sunday. Iqbal Khyber, one of the representatives of the PPM told the APVs, “We’ve been inspired by your story, and have worn the Borderfree Blue Scarves, telling people that peace is the wish of Peace Volunteers from Bamiyan.” Bamiyan was where the work of the APVs began, but the Volunteers responded, “The scarves really represent everyone’s desire to have peace, so please tell others the scarves represent the wish of the people.”

One of the APVs, Ghulam Hussein, asked, “Are you eventually going to form an organization?”

Iqbal replied, “No, we want this to be a people’s movement. We won’t accept monetary support from any government or political group, and we don’t want power. When we’ve achieved peace, we will go back to what we were doing, farming, livestock keeping, teaching….”

That hot summer morning, in the tent, there was clear and beautiful evidence that “We are many.”

Both members of the People’s Peace Movement and the Afghan Peace Volunteers are calling on the people of the world to join them in solidarity.