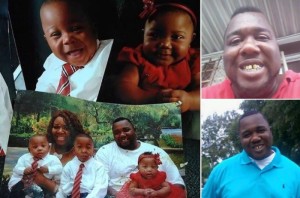 Two major news stories here in the U.S., both chilling, point out how readily U.S. authorities will murder people based on race and the slightest possibility of a threat to those in places of power.

On July 5th Baton Rouge police killed Anton (Alton?) Sterling in a Louisiana parking lot. Sterling was a 37-year-old Black father of five selling CDs outside of a local storage. As captured on widely seen cellphone video, two officers tased him, held him with their hands and knees down on the ground and then shot him multiple times at close range. The officers pulled a gun out of Sterling’s pocket after they had killed him but witnesses say Sterling was not holding the gun and his hands were never near his pockets. The situation might have escalated further but clearly little concern was shown for the sanctity of a human life deemed a threat to officers. In the witness-recorded video one officer promises, “If you f—ing move, I swear to God!”

Police departments in the U.S. often arrest and all too often kill citizens on U.S. streets based on “racial profiling.” Young men of certain demographics are targeted based on their “patterns of behavior” for confrontations in which officers’ safety trumps any concern for the safety of suspects, and which easily ramp up to killing. 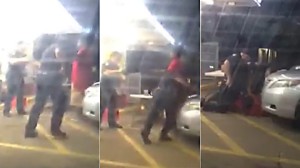 And so it is abroad. The week’s other chilling news involved the long-promised release of U.S. government data on drone strikes and civilian deaths. The report covered four countries with which the U.S. is not at war. From 2009 through 2015 in Pakistan, Yemen, Somalia, and Libya the U.S. admits to its drone strikes having killed between 64 and 116 civilians, although these numbers are only a small fraction of even the most conservative estimates on such deaths made by credible independent reporters and researchers over the same period. With U.S. definitions of a “combatant” constantly in flux, many of the 2,372 to 2,581 “combatants” the government reports killed over the same period will have certainly been civilian casualties. Few eyes in the U.S. watch for cellphone video from these countries, and so the executing officers’ versions of events are often all that matters.

In June 2011 CIA Director John Brennan stated there hadn’t been “a single collateral death” caused by drone strikes over the previous eighteen months. Ample reportage showed this statistic was a flat lie. Marjorie Cohn notes that what little we know of President Obama’s 2013 policy guidelines (still classified) for decreasing civilian deaths is inconsistent even on the point of a known target having been present. Many strikes are targeted at areas of suspicious activity with no idea of who is present.

As Philip Giraldi notes, a March 2015 Physicians for Social Responsibility report claims that more (perhaps far more) than 1.3 million people were killed during the first ten years of the “Global War on Terror” in Iraq, Afghanistan, and Pakistan. Adding Syria, Libya, Somalia, and Yemen, he finds the current total might easily exceed 2 million with some estimates credibly going to 4 or beyond. He fears the data released July 1st will end up normalizing the drone program, writing: “The past 15 years have institutionalized and validated the killing process. President Clinton or Trump will be able to do more of the same, as the procedures involved are ‘completely legal’ and likely soon to be authorized under an executive order.”

The July 1st data minimizes civilian deaths by limiting itself to countries with which the U.S. is not at war. But the United States’ drone arsenal is precisely designed to project violence into areas miles from any battlefield where arrest, not assassination would before have been considered both feasible and morally indispensable in dealing with suspects accused of a crime. U.S. figures do not count untold numbers of civilians learning to fear the sky, in formerly peaceful areas, for weapons that might be fired without warning. The drones take away the very idea of trials and evidence, of the rule of law, making the whole world a battlefield. In the U.S. neighborhoods where people like Alton Sterling most risk summary execution, residents cannot be faulted for concluding that the U.S. government and society don’t mind treating their homes as warzones; that lives of innocent people caught up in these brutal wars do not matter provided the safety and property of the people outside, and of the people sent in to quell disorder, are rigorously protected. 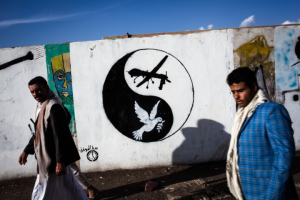 My friends and sometime hosts in Afghanistan, the Afghan Peace Volunteers, run a school for street kids, and a seamstress program to distribute thick blankets in the winter. They seek to apply Mohandas Gandhi’s discipline of letting a determination to keep the peace show them the difficult work needed to replace battlefields with community. Their resources are small and they live in a dangerous city at a perilous time. Their work does little, to say the least, to ensure their safety. They aim to put the safety of their most desperate neighbors first.

It makes no-one safer to make our cities and the world a battlefield. The frenzied concern for our safety and comfort driving so much of our war on the Middle East has made our lives far more dangerous. Can we ask ourselves: which has ever brought a peaceful future nearer to people in Afghan or U.S. neighborhoods– weaponized military and surveillance systems or the efforts of concerned neighbors seeking justice? Gigantic multinational “defense” systems gobble up resources, while programs intended for social well-being are cut back. The U.S. withholds anything like the quantity of resources needed for the task of healing the battle scar the U.S. and NATO have inflicted on so much of the Muslim world. If our fear is endless, how will these wars ever end?

We have to face that when the U.S. acts as self-appointed “global policeman,” what it does to poor nations resembles what those two officers did to Alton Sterling. We must temper selfish and unreasonable fears for our own safety with the knowledge that others also want safe and stable lives. We must build community by lessening inequality. We must swear off making the world our battlefield and be appalled to hear the U.S. government seem to tell the world !I will kill you if you f—ing move.”