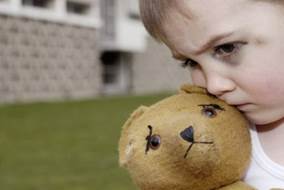 The first step towards peace in the world is peace in one’s mind. This translates into peace in the home and thus community, workplace, town, etc. We need radical transformations of the socioeconomic system for many reasons. One of the most salient is domestic violence and neglect, especially that directed against the most vulnerable: children.

The upper-class boarding school system is one of institutionalised brutality and emotional neglect. For the majority poor, a different, more pervasive violence is equally, though more subtly, institutionalised; this time by the economy.

THE FUTURE & ITS MASTERS

Since the 1970s, Western financial and social policy has been increasingly shaped by a number of ever-consolidating corporations, notably banks, hedge funds, pension companies, insurers, and energy giants. Many of the Fortune 500 are members of elite organizations—Bilderberg, Trilateral Commission, World Economic Forum, et al.—where consensus is reached, free from the interference of those whose lives are affected, namely the general population.

For the attitudes of the elite and a picture of the world they are creating, we need only to look at their documents. For example:

In 2005, three analysts working for Citigroup, a US liquidity firm repeatedly bailed out by taxpayers, noted that the world is splitting in ‘plutonomies’(Australia, Canada, UK, and US), meaning systems in which the bottom quarter own three quarters of the wealth. They explain:

‘Society and governments need to be amenable to disproportionately allow/encourage the few to retain that fatter profit share. The Managerial Aristocracy … needs to commandeer a vast chunk of that rising profit share, either through capital income, or simply paying itself a lot’.1

In a pre-Great Recession projection out to the year 2036, sponsored by the Eurasia Group, Morgan Aquila, and others, the UK Ministry of Defence—which envisions having to deal with domestic riots—states:

‘there will continue to be winners and losers in a global economy led by market forces, especially so in the field of labour[, in which the majority of the world’s people work,] which will be subject to particularly ruthless laws of supply and demand … [T]hose poorest societies and communities, who will be the losers in an era of globalization’,

including the poor of Europe and North America (emphases in original).2

Government and charity information seldom explores the roots of the problem.

Commenting on the deregulation of the City of London in 1986, Professor Michael Clarke, writing for the Royal Institute of International Affairs, wrote:

‘the freer internal market tends to increase the disparities between regions within [the European Community], since the intensity of trade between the growth areas … will increase more than trade between any of them and the regions in which growth is lower. In a relative sense, the rich will get richer and the poor will get poorer after 1992’.3

In 1992 the National Society for the Prevention of Cruelty to Children (NSPCC) announced:

‘the total number of registrations for all categories of abuse between 1988 and 1990 was the greatest since the organisation began keeping statistics in 1973 … Almost half the children on the registers because of their ‘failure to thrive’ had mothers below the age of 20 … More than half the registered children’s families were on income support, a level that rose to 70 per cent for the families of the neglected and emotionally abused’.4

A BBC article from 2000 notes that poorer women have children earlier in life.5

More recently, Dame Clare Tickell, Action for Children’s Chief Executive, said that as a result of the Great Recession (2007/8 to present),

‘one in every 10 children [in the UK] could be suffering neglect … With more and more families struggling, vulnerable children are falling through the cracks of a child protection system that is failing some of those who need it most – sometimes with tragic consequences’.6

NSPCC figures from 2012, i.e., 20 years after the alarming recession reports, ‘show that reports of neglect to its helpline have doubled over the last two years to reach record levels’. In 2011, ‘more than 21,000 children were subject to child-protection plans because they were at risk of harm from neglect, The Observer reports. The NSPCC ‘fears for already stretched children’s services as new figures show [a] sharp increase in cases’.7

Mid-2012 reports—published once in just two or three newspapers—state that one million UK children are starving, which potentially means brain damage. The study which drew attention to the crisis was sponsored by the Prince’s Trust: an incredible irony given that Charles’s ‘Personal income increased 3 per cent to £18.3m’ in the year of the study’s publication.8

Kids’ Company Director, Camila Batmanghelidjh said: ‘In one case we had kids so starving they stole frozen meat from a flat they were visiting and ate it raw’. The Huffington Post reported: Batmanghelidjh ‘had seen children who are so malnourished they have lost teeth’.9

It is often difficult to escape from a life-path on which others have set. The environment in which children grow can, if bad enough, lead to a cycle of dependence, helplessness, and self-loathing, fear, and thus self-destruction.

In the aggregate, such individuals are incapable of the kind of the collective actions required to permanently change society for the better. Thus, for the immediate sake of suffering children and for the future generations, the link between domestic abuse/neglect and money worries should be given greater consideration by scholars.

Activists should demand from their local councils and MPs greater funding for helplines, support groups, public education into such matters, and, more importantly, caps on housing costs, benefit reductions, and rising energy and food prices.

9. Quoted in Daily Mirror, ‘Two children in every class are going hungry – and the problem is getting worse’, 5 July, 2012, http://www.mirror.co.uk/news/uk-news/million-hungry-children-in-britain-233-1132936 and Huffington Post UK, ‘One In Four Parents Know A Child Going Hungry, Finds Netmums And Kids’, 5