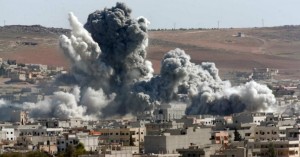 Having trained, armed, and organised an invasion rebel army (the FSA) into Syria to overthrow President Assad, France starts bombing its old colony in a dangerous and illegal proxy war with Syria’s ally, Russia. The bombing is claimed to be against ISIS but is in fact in support of the French-backed FSA. The majority of French people were opposed to the war, feeling that their government should stop interfering in Syria.1 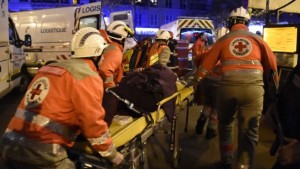 A 2013 La Parisien’s poll found that ‘64 per cent of the country are “hostile” to taking part in military intervention in Syria and 58 per cent did not trust [Francois] Hollande to conduct any operation. Major concerns expressed are that such action will turn [Syria] against West’.2 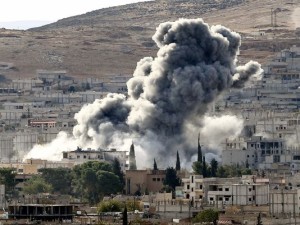 Sadly, the prediction came true and in January 2015, a massacre took place at the offices of the Charlie Hebdo headquarters by men linked to British intelligence. The attack was blamed on ‘al-Qaeda’, though a simultaneous attack on a market was blamed on ISIS. At least one killing (of policeman Ahmed Merabet) was staged, as there was no blood despite the fact that he was shot in the head at close-range with an AK47. One Sky News reporter even admitted that the blood ‘was put there’ after the fact. Police chief, Heldic Fredou, investigating the invents allegedly committed suicide.4 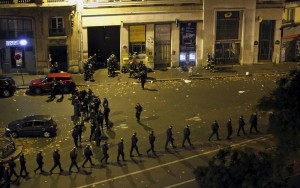 By May 2015, the French population’s attitude had changed: ‘55 percent said they would support French action in Syria’ (Reuters). In August, a terrorist on a French train wielding an AK47 was ‘overpowered by three US citizens, two of whom were soldiers’ (Guardian). Two US soldiers were on the same train, in the same carriage, at the same time. The third man, a friend of theirs, he said: ‘I’m just a college student. I came to see my friends for my first trip to Europe and we stop a terrorist. It’s kind of crazy’. Crazy. And slightly preposterous.5

By September, Hollande said that France was bombing ISIS in Syria (i.e., providing air cover for the FSA) but ‘would not send ground troops into Syria, saying it would be “unrealistic”’ (Agence France Presse). ‘It’s for regional forces to take their responsibilities. France, however, will work to find political solutions’, said Hollande.6 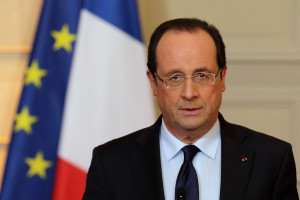 Right on cue, ISIS commits a coordinated bombing and shooting campaign across Paris. Hollande had already confirmed that ‘ex-soldiers, reportedly numbering around ten and including former paratroopers and French foreign legionnaires, are said to be fighting on behalf of Islamic State of Iraq and the Levant’, including ‘explosives experts’ (Telegraph). A few months later, a ‘foreign spy arrested’ in Turkey ‘on suspicion of helping three British schoolgirls travel to Syria to join the Islamic State was working for the Canadian intelligence service’ (Daily Mail).7 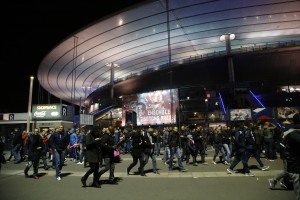 Terror at the stadium.

In response to the Friday 13th November 2015 terror attacks, Hollande said that the attacks were ‘planned from outside the country by Islamic State, but with help from inside’. So, the Canadian secret services are trafficking Islamic State fighters from Europe to the Middle East, European army personnel are defecting to IS, and persons inside the French intelligence system are helping to coordinate terrorism. Either this is such poor quality control on behalf of the French government that they should immediately be impeached for gross negligence, or, as usual, it is a deliberate act intended to justify total war in the dying Middle East.8