International Day of Nonviolence in Afghanistan 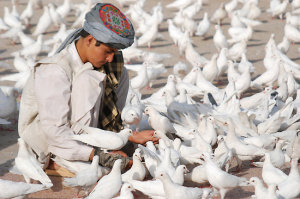 Kabul–“I woke up with the blast of another bomb explosion this morning,” Imadullah told me. “I wonder how many people were killed.” Imadullah, an 18 year old Afghan Peace Volunteer, (APV), from Badakhshan, had joined me at the APVs’ Borderfree Community Centre of Nonviolence.

The news reported that at least three Afghan National Army soldiers were killed in the suicide bomb attack, in the area of Darulaman. Coincidentally, the APVs had planned to be at the Darulaman Palace that same morning. To commemorate Gandhi’s birthday and the International Day of Nonviolence, we wanted to form a human circle of peace at the Palace, which is a war ruin. But the police, citing general security concerns, had denied us permission.

Imadullah and Rauff, another APV member, continued discussing the attack. Rauff believes that the latest string of suicide bombings in Kabul have been in response to actions of the newly formed government. “Three days ago, they signed the U.S. /Afghanistan Bilateral Security Agreement (BSA),” Rauff explained. “The Taliban condemned the new government, now led by former World Bank official, President Ashraf Ghani and ex-warlord Vice President General Dostum, for signing the agreement.” 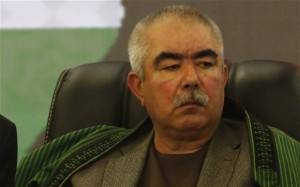 Listening to Imadullah’s and Rauff’s concerns over the latest string of attacks, I wondered if I myself had become inured to this sober Afghan reality of perpetual war.

We were soon joined by Zekerullah and Abdulhai who had gathered local street children at Borderfree Community Centre, so we could supervise their walk to a nearby park, the alternative place for our event.

“I’m taking music lessons and if I’m good enough, the teachers say I may be able to participate in Afghan Star (like the American Idol show ) in the future!” said Nur Rahman, after belting out a sweet Afghan love song for me. 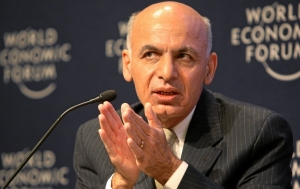 “We wish for a life without wars,” Mehdi, a boot polisher in our street kid program, said emphatically as we set off towards the park. “He’s telling the truth!” echoed another street kid walking just behind him.

I’ve often met precocious Afghan children who express cynicism and feel angry that they must wise up so quickly in a country where the Taliban’s or the U.S./NATO’s bombs might kill them.

Most people outside Afghanistan are too far away to preoccupy themselves over what the former British envoy to Afghanistan called an ‘eye wateringly expensive exercise in military futility’.

Whereas seemingly everyone understands that wars are futile, U.S./NATO and Afghan politicians have nevertheless wired their media and general public to believe that this war, in Afghanistan, is necessary. Through the BSA, they have agreed to keep long term U.S./NATO military bases in Afghanistan. The decision will assuredly prolong war and violence.

Governments involved in Afghanistan spend a vast bulk of their borrowed or tax-payer money not on food, water, shelter, education, health and other basic human needs, but on the machine of war.

Most of us assume that our leaders must know what to do, even if they have failed to bring genuine security after 13 years.

I feel a deep frustration.

On our way to the park, street vendors and shopkeepers asked us, “What’s the occasion? Why the blue scarves?” Ordinary Afghans, trying to eke out a meagre living in a country with at least 36% unemployment, seem eager for some action, some change.

The blue scarves looked strikingly beautiful along the pot-holed road.

“We’re a group of drug addicts!” Mirwais replied playfully. “No, we’re a group for nonviolence!” Mirwais is another street kid who has seen numerous people addicted to opium living under bridges in Kabul. Unable to find work in Afghanistan, many Afghan men go to Iran where they work illegally as labourers. There, they get addicted to drugs.

The APVs couldn’t help but feel weighed down by the serious irony of promoting nonviolence in a country where the world’s most powerful nations have gathered to wage war.

After Mohammad Qawa and Zebiullah had lifted our spirits with their guitar-accompanied singing, I took the loud-hailer to offer a word of encouragement.

“When I am abroad, I hear that you are the generation of war.” I sensed uneasiness in the air. Some of the youth responded in what I’ve noticed is a common Afghan way of coping with their harsh lives – they laughed.

“But well done to all of you for coming today to show that no, you are not a generation of war. You are a generation of love!” I didn’t expect the rapturous, supportive applause! 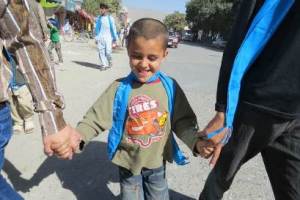 The new Afghan generation says no to all wars!

“On the International Day of Nonviolence,” I added, “we remember a quote from Gandhi, that ‘where there is love, there is life.’” I thought of how my Afghan friends among the Peace Volunteers have demonstrated love and affirmed life, and felt grateful. The energetic little ones together with the sober youth and adults joined hands as they formed a circle, Pashtuns, Tajiks, Hazaras and other Afghan ethnicities, each wearing the Borderfree blue scarf signifying our belief that we’re all human beings living under the same blue sky!

Celebrating the International Day of Nonviolence in Kabul, Afghanistan

“When I see this circle of children and youth,” Abdulhai told the group, “I feel excited about the possibility of change.”

We need this excitement to generate more and more circles of friendship, along with many more relationships that can help us understand that our governments have unfortunately disguised perpetual war as peace.

The Presidents, Prime Ministers, CEOs and extremists like the Taliban will fight on and on, drop and lay bombs to kill mostly civilians, escalate hate, anger, hunger and thirst, rape our earth of its minerals, gases and oil, and warm our globe to extinction.

They are increasing violence in Afghanistan, Gaza, Iraq and Syria, in the drug war in Mexico, on Wall Street against the 99%, through the tar sands in Canada, in student debt loans everywhere….

We need to work hard, cheerfully and patiently, to reach the human family with a simple message that we the people no longer like authoritarian, weapon-wielding profiteers. Too many of us are dying.

Our leaders inhabit an unequal system that is driven by the same corrupt power and egos that gripped ancient kings and queens.

To hoard money and power for themselves, they are repeating the violent acts of history, and we can no longer satisfactorily explain to our children why they need to suffer for the elite. We cannot wait. Gandhi said, “Be the change you wish to see in the world!” So, I readily join the APVs’ mission: to abolish war. We understand that ‘we are the ones we’ve been waiting for’.

“Wake up! We are not the war generation. We are the generation of love!”

Dr. Hakim (Wee Teck Young) is a medical doctor from Singapore who has done humanitarian and social enterprise work in Afghanistan for the past 9 years, including being a friend and mentor to the Afghan Peace Volunteers, an inter-ethnic group of young Afghans dedicated to building non-violent alternatives to war. He is the 2012 recipient of the International Pfeffer Peace Prize.