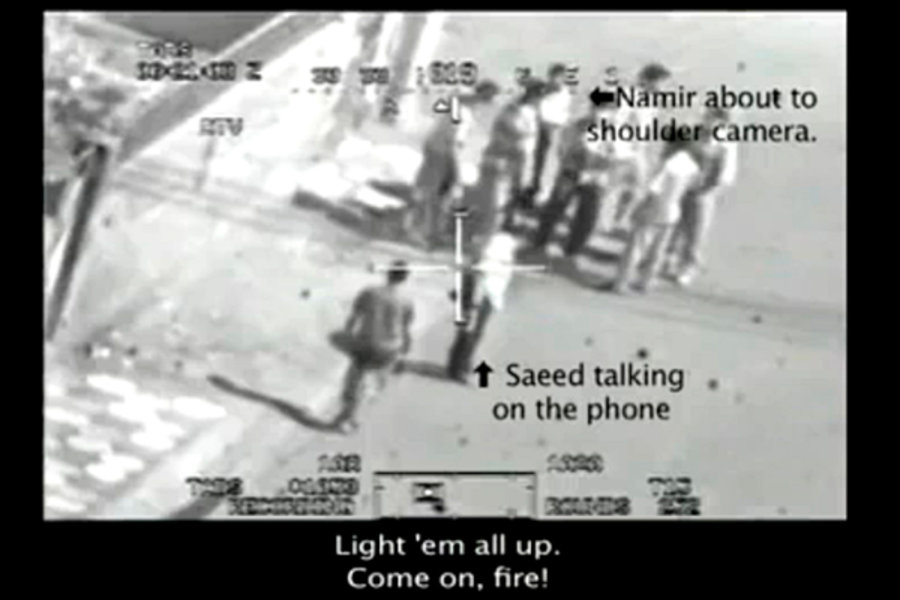 Chelsea Manning, who bravely exposed atrocities committed by the U.S. military, is again imprisoned in a U.S. jail. On International Women’s Day, March 8, 2019, she was incarcerated in the Alexandria, VA federal detention center for refusing to testify in front of a secretive Grand Jury. Her imprisonment can extend through the term of the Grand Jury, possibly 18 months, and the U.S. courts could allow formation of future Grand Juries, potentially jailing her again.

Chelsea Manning has already paid an extraordinarily high price for educating the U.S. public about atrocities committed in the wars of choice the U.S. waged in Iraq and Afghanistan. Chelsea Manning was a U.S. Army soldier and former U.S. intelligence analyst. She already testified, in court, how she downloaded and disseminated government documents revealing classified information she believed represented possible war crimes. In 2013, she was convicted by court martial and sentenced to 35 years in prison for leaking government documents to Wikileaks. On January 17, 2017, President Obama commuted her sentence. In May of 2017, she was released from military prison having served seven years.

“Where you stand determines what you see.” Chelsea Manning, by virtue of her past work as an analyst with the U.S. military, carefully studied footage of what could only be described as atrocities against human beings. She saw civilians killed, on her screen, and conscience didn’t allow her to ignore what she witnessed, to more or less change the channel. One scene of carnage occurred on July 12, 2007, in Iraq. Chelsea Manning made available to the world the black and white grainy footage and audio content which depicted a U.S. helicopter gunship indiscriminately firing on Iraqi civilians. Twelve people were killed, including two Reuters journalists.

What follows is part of the dialogue from the classified US military video footage from July 12th:

US SOLDIER 4: Let me know when you’ve got them.

US SOLDIER 2: Alright, we just engaged all eight individuals.

Amy Goodman described the next portion of the video:

AMY GOODMAN: Minutes later, the video shows US forces watching as a van pulls up to evacuate the wounded. They again open fire, killing several more people, wounding two children inside the van.

US SOLDIER 2: Bushmaster, Crazy Horse. We have individuals going to the scene, looks like possibly picking up bodies and weapons.

US SOLDIER 1: Let me engage. Can I shoot?

US SOLDIER 3: Picking up the wounded?

US SOLDIER 1: Yeah, we’re trying to get permission to engage. Come on, let us shoot!

US SOLDIER 1: They’re taking him.

US SOLDIER 4: This is Bushmaster seven, go ahead.

US SOLDIER 2: Roger. We have a black SUV —- or Bongo truck picking up the bodies. Request permission to engage.

US SOLDIER 2: Should have a van in the middle of the road with about twelve to fifteen bodies.

US SOLDIER 1: Oh yeah, look at that. Right through the windshield! Ha!

Democracy Now, in the same segment, asked former U.S. whistleblower Dan Ellsberg for comments about releasing the video. “What were the criteria,” Ellsberg asked, “that led to denying this to the public? And how do they stand up when we actually see the results? Is anybody going to be held accountable for wrongly withholding evidence of war crimes in this case…?”

Chelsea Manning’s disclosures also led to public awareness of the Granai massacre in Afghanistan. On May 4, 2009, Taliban forces attacked U.S. and Afghan forces in Afghanistan’s Farah province. The U.S. military called for U.S. airstrikes on buildings in the village of Granai. A U.S. Air Force B-1 bomber was used to drop 2,000 lb. and 500 lb. bombs, killing an estimated 86 to 147 women and children. The U.S. Air Force has videotape of the Granai massacre. Ellsberg called for President Obama to post the videotape rather than wait to see if Wikileaks would release it. To this day, the video hasn’t been released. Apparently, a disgruntled Wikileaks employee destroyed the footage.

Were it not for Chelsea Manning’s courageous disclosures, certain U.S. military atrocities might have been kept secret. Her revelations were also key to exposing U.S. approval of the 2009 coup against the elected government in Honduras and U.S. dealings with dictators and oligarchs across the Middle East, which helped spark the Arab Spring rebellions.

Prior to her arrest in 2010, Chelsea Manning wrote: “I want people to see the truth, regardless of who they are. Because without information, you cannot make informed decisions as a public.”

Chelsea Manning’s principled and courageous actions provide guidance for us to control our fears. We must seek an end to war crimes in Afghanistan, Iraq and other areas where the U.S. terrifies and kills civilians.