Taking Responsibility for Drone Killings: President Obama and the Fog of War

When President Barack Obama apologized on April 23 to the families of Warren Weinstein and Giovanni Lo Porto, an American and an Italian, both hostages killed in a drone attack in Pakistan in January, he blamed their tragic deaths on the “fog of war.” 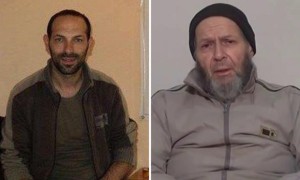 “This operation was fully consistent with the guidelines under which we conduct counterterrorism efforts in the region,” he said, and based on “hundreds of hours of surveillance, we believed that this (the building targeted and destroyed by drone-launched missiles) was an al Qaeda compound; that no civilians were present.” Even with the best of intentions and most stringent of safeguards, the president said, “it is a cruel and bitter truth that in the fog of war generally and our fight against terrorists specifically, mistakes — sometimes deadly mistakes — can occur.”

SEEING THROUGH THE FOG

The term “fog of war,” Nebel des Krieges in German, was introduced by the Prussian military analyst Carl von Clausewitz in 1832, to describe the uncertainty experienced by commanders and soldiers on the battlefield. It is often used to explain or excuse “friendly fire” and other unintended deaths in the heat and confusion of combat. The term raises vivid images of chaos and ambiguity. Fog of war describes incredible noise and trauma, volleys of bullets and artillery shells, bone jarring explosions, screams of the wounded, orders shouted out and countermanded, vision limited and distorted by clouds of gas, smoke and debris. 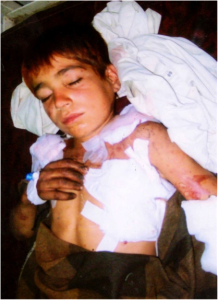 War itself is a crime and war is hell, and in its fog soldiers can suffer from emotional, sensory and physical overload. In the fog of war, fatigued past the point of endurance and fearful both for their own lives and for those of their comrades, soldiers must often make split-second decisions of life and death. In such deplorable conditions, it is unavoidable that “mistakes — sometimes deadly mistakes — can occur.”

But Warren Weinstein and Giovanni Lo Porto were not killed in the fog of war. They were not killed in war at all, not in any way war has been understood until now. They were killed in a country where the United States is not at war. No one was fighting at the compound where they died. The soldiers who fired the missiles that killed these two men were thousands of miles away in the United States and in no danger, even if anyone were firing back. These soldiers watched the compound go up in smoke under their missiles, but they did not hear the explosion nor the cries of the wounded, nor were they subjected to the concussion of its blast. That night, as the night before this attack, it can be assumed that they slept at home in their own beds. 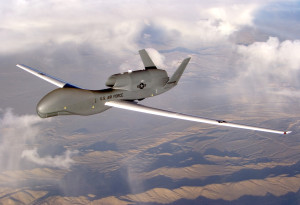 The president attests that those missiles were fired only after “hundreds of hours of surveillance” were carefully studied by defense and intelligence analysts. The decision that lead to the deaths of Warren Weinstein and Giovanni Lo Porto was not reached in the crucible of combat but in the comfort and safety of offices and conference rooms. Their line of sight was not clouded by smoke and debris but was enhanced by the most advanced “Gorgon Stare” surveillance technology of the Reaper drones.

The same day as the president’s announcement the White House Press Secretary also issued a release with this news: “We have concluded that Ahmed Farouq, an American who was an al-Qa’ida leader, was killed in the same operation that resulted in the deaths of Dr. Weinstein and Mr. Lo Porto. We have also concluded that Adam Gadahn, an American who became a prominent member of al-Qa’ida, was killed in January, likely in a separate U.S. Government counterterrorism operation. While both Farouq and Gadahn were al-Qa’ida members, neither was specifically targeted, and we did not have information indicating their presence at the sites of these operations.” If the president’s drone assassination program sometimes accidently kills hostages, it also sometimes accidently kills Americans alleged to be members of al-Qa’ida and apparently the White House expects us to take some consolation in this fact.

“Hundreds of hours of surveillance” notwithstanding, and despite being “fully consistent with the guidelines under which we conduct counterterrorism efforts,” the order to attack the compound was given in the absence of any indication that Ahmed Farouq was there or that Warren Weinstein was not. Three months after the fact, the United States government admits that they blew up a building that they had been watching for days without the slightest idea who was in it.

The “cruel and bitter truth” is actually that Warren Weinstein and Giovanni Lo Porto were not killed in a “counterterrorism effort” at all, but in an act of terrorism by the United States government. They died in a gangland style hit that went awry. Killed in a high-tech drive-by shooting, they are victims of negligent homicide at best, if not of outright murder. 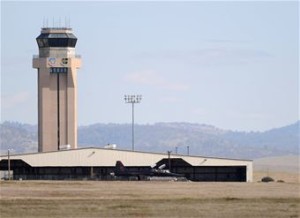 Another “cruel and bitter truth” is that people who are executed by drones far from a battlefield for crimes they have not been tried for or convicted of, such as Ahmed Farouq and Adam Gadahn were, are not enemies lawfully killed in combat. They are victims of lynching by remote control.

“Predators and Reapers are useless in a contested environment,” admitted General Mike Hostage, chief of the Air Force’s Air Combat Command in a speech in September, 2013. Drones have proven useful, he said, at “hunting down” al Qa’ida but are no good in actual combat. Since al Qa’ida and other terrorist organizations have only flourished and multiplied since Obama’s drone campaigns took off in 2009, one might take issue with the general’s claim for their usefulness on any front, but it is a fact that the use of lethal force by a military unit outside of a contested environment, outside of a battlefield, is a war crime. It might follow that even the possession of a weapon that is useful only in an uncontested environment is a crime, as well.

HOW THE OTHER SIDE DIES

The deaths of two western hostages, one an American citizen, are indeed tragic, but no more so than the deaths of thousands of Yemeni, Pakistani, Afghan, Somali and Libyan children, women and men murdered by these same drones. Both the president and his press secretary assure us that the events in Pakistan last January were “fully consistent with the guidelines under which we conduct counterterrorism efforts,” business as usual in other words. It seems that in the president’s view, death is only tragic when it is inconveniently discovered that western non-Muslim people are killed. 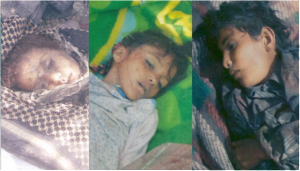 Five days after the president’s announcement of Weinstein’s and Lo Porto’s murders, on April 28, I was privileged to be in California with a dedicated community of activists outside of Beale Air Force Base, home of the Global Hawk surveillance drone. Sixteen of us were arrested blocking the entrance to the base, reciting the names of children who have also been killed in drone attacks but without a presidential apology or even, for that matter, any admission that they died at all. 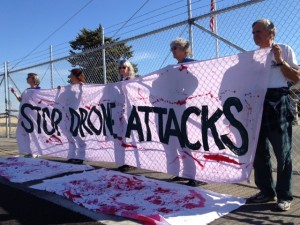 A 2013 anti-drone protest outside Beale.

On May 17, I was with another group of anti-drone activists at Whiteman Air Force Base in Missouri and in early March, in the Nevada desert with more than one hundred resisting drone murders from Creech Air Force Base. Responsible citizens are protesting at drone bases in Wisconsin, Michigan, Iowa, New York at RAF Waddington in the United Kingdom, at the CIA headquarters in Langley, Virginia, at the White House and other scenes of these crimes against humanity.

In Yemen and in Pakistan, too, people are speaking out against the murders taking place in their own countries and at great risk to themselves. Lawyers from Reprieve and the European Center for Constitutional and Human Rights have filed suit in a German court, charging that the German government has violated its own constitution by allowing the U.S. to use a satellite relay station at Ramstein Air Base in Germany for drone murders in Yemen.

Perhaps one day President Obama will be held responsible for these murders. In the meantime, the responsibility that he and his administration shirks belongs to all of us. He cannot hide behind a fog of war and neither can we.