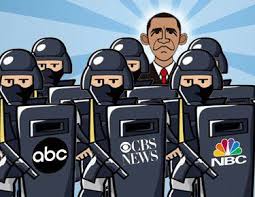 According to the UK Ministry of Defence in a global projection out to 2040, ‘The media will retain an overarching influence shaping an individual’s values and beliefs both consciously and unconsciously’. When it comes to war, the media’s major aim is to create ‘perceptions of moral legitimacy’ in the minds of anti-war audiences.1

In a projection out to 2025, the US National Intelligence Council states that elites ‘will engage in “media warfare” to dominate the 24-hour news cycle and manipulate public opinion to advance their own agenda and gain popular support for their cause’.2 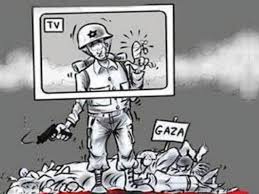 Words are important weapons in the ‘media war’; so much so that the BBC has a News Styleguide. ‘Our task is …to write in such a way that we do not alienate any section of our audience’ (emphasis added), the training manual says. Ergo, the BBC calls Israel’s illegal annexation wall in Palestine a ‘barrier’, because doing otherwise will elicit criticism from Zionists. To give one of many examples, the Guide states: ‘Do not write ‘‘Troops were forced to open fire … [’’] We are in no position to judge motives, … unless we write ‘‘The government says troops were forced…’’.3

Modern media language, or newspeak as Orwell called it, sanitises reality to the point of dehumanising the victims of Western state-violence. It elongates words and phrases to the point where all life and meaning is stretched out of the words and the real sufferings of real humans are minimised to technical abstractions.

With this in mind, the Plymouth Institute for Peace Research gives you a linguistic style guide translator: a list of media propaganda terms and translates them into reality. 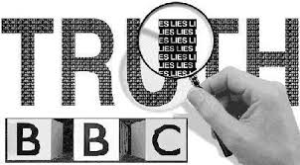