The Real Reason the US Opposes Iran’s Nuclear Power 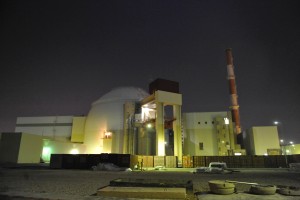 As Western media report that a nuclear deal with Iran is within reach, most coverage overlooks two facts: 1) Iran—unlike India, Israel, and Pakistan (which actually have nuclear weapons)—is party to the Nuclear Non-Proliferation Treaty, which, under Article IV, allows signatories to develop civilian nuclear energy; and 2) the real reason that Britain and America don’t want Iran to develop nuclear power.

The closest that the Guardian comes is: ‘Under the expected settlement’, being driven by the US (or ‘international community’) ‘Iran will accept curbs on its nuclear programme in exchange for extensive sanctions relief’, making no mention of the fact that the UN estimates that the sanctions could kill millions of people; or the fact that collective punishments are a violation of international law.1

Reading between the lines: Britain and America are strangling Iran into submission. Luckily, India and China have defied the sanctions, unlike those countries’ policies on Iraq, which led to the deaths of 1.5 million people, making the sanctions harsh but less severe on Iran.

A Presidential Task Force, published under Obama, explains that if the US allows Iran to develop nuclear energy, other countries in the region will follow and thwart America’s efforts to hook the region on a diet of oil.

‘So long as the United States firmly opposed Iran’s [civilian nuclear] Bushehr facility, no friendly Arab state actively pursued civil nuclear power. But once Washington accepted that Iran could have a nuclear power plant, the United States was in no position to press its friends not to pursue a capability it had agreed Iran could have … [I]f an agreement is reached legitimizing even limited enrichment on Iranian soil, other countries may well be interested in having the same capabilities, and it could be difficult diplomatically to dissuade them from this pursuit … Demonstrating how seriously the international community is concerned about Iran’s actions might discourage imitators.’2