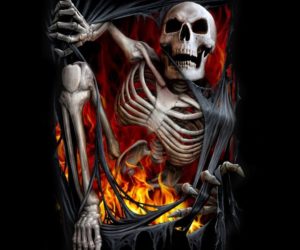 If this is your image, please email us.

The Tories have a big problem: ordinary Britons have compelled the Labour Party to elect and re-elect a genuine humanitarian with a voting record to prove it, Jeremy Corbyn, to lead the Party. But it gets worse. Corbyn is advocating policies that the majority of Britons actually support, unlike the Tories and their so-called New Labour predecessor: nationalisation, demilitarisation, and a national investment strategy.

But it gets even worse. Of the people who voted in the general election 2017, about 43% voted Tory and 40% voted Labour, so there’s only approximately a 3% difference in vote share. Corbyn has overtaken May in the public opinion polls. Through the genuinely grassroots Momentum organisation, hundreds of thousands of people have gotten involved in politics for the first time in their lives. Labour is now the biggest political party in Europe.

Who will replace MayBot as Prime Minister? Bojo the Clown? Or David Davis who says he’ll retire in 2019?

Behind the scenes, the Tory ideologues are planning for a Momentum of their own: a grassroots movement to get the youth interested in the party and its politics. That’s going to be difficult, given that according to the Bow Group Tory party membership has halved since 2010 and the average age of the average member is 72. There are 7 Labour Party members for every Tory member.  The party has so much funding from the City of London Corporation (about 50% of its assets) that Tory party members are literally disenfranchised from shaping party policy.

The Bow Group has decided that the best way to counter this electoral disaster which could pave the way for a Labour Party (meaning an ordinary working people’s) victory in the UK at the next election is to copy Momentum—but for rich people. The only flaw in this plan is that few Britons are actually rich.

And who is heading this revolution? The best the Tory membership can dredge up is Jacob Rees-Mogg, an anti-gay, anti-abortion (even after rape), hereditary and business-made multimillionaire who opposes welfare for the poor, supports corporate welfare, and reinforces his sense of intellectual superiority by using multisyllabic words in Parliament. This, say young rich Tories, is MoggMentum. And they’re working to get Jacob into No. 10.

If this is the best they can do, it’s a sign that their wretched organisation is finished. A least the billionaire Donald Trump pretended to be anti-establishment. For now the mainstream Tory government (a.k.a. City of London Corporation) will keep MayBot. Come on, Labour! Call for another general election…

Coles is the author of The Great Brexit Swindle (2016, Clairview Books).