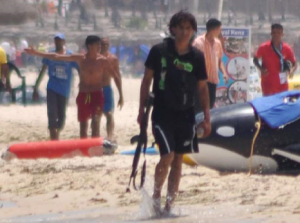 Despite media claims of a ‘lone-wolf’ killer, there were at least two gunmen involved in the Sousse beach massacre. It was a military operation: the men landed on the beach by boat, armed with rifles and grenades. Witnesses reported seeing at least one gunman wearing a police uniform.

Back in October 2014, the Plymouth Institute for Peace Research issued a warning that false-flag terror attacks would be committed by secret services and blamed on the Islamic State in order to justify more war in Iraq. Tragically, the Charlie Hebdo killings proved us right.1

Our article points to historic and contemporary evidence of false-flags, including recent admissions by the UK Ministry of Defence: that they would commit terrorism and blame it on enemies. It also includes an analysis of Operation Gladio—an MI6 and CIA programme carried out from the 1940s to early-1990s. Gladio involved terrorists created by MI6 and the CIA at NATO offices. They were tasked with setting off bombs in train stations and conducting random shootings in supermarkets, all to be blamed on left-wing groups and communists. 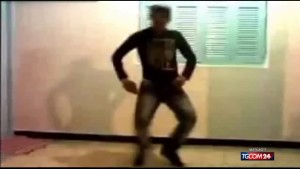 The suspect, now deceased, was a 23-year-old aviation student, Seifeddine Rezgui. He was described by friends and family as a rap-listening, football-loving, breakdancing moderate who showed no more interest in Islam than others in his wide social circle.2

It has been alleged that shortly before lunchtime on 26 June, Rezgui attacked the Imperial Marhaba Hotel, Sousse. However, early reports said: ‘Gunmen’—plural—‘have attacked a beach hotel at a tourist resort in Tunisia, killing at least 27 people. Officials said one of the gunmen was shot dead by the security forces, and that the other was being pursued’.3 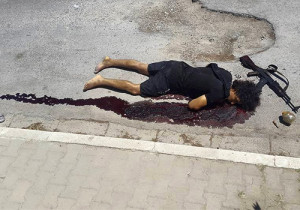 British and other witnesses said: ‘They came on a boat. From the beach they ran to the Hotel Imperial Marhaba’.4 Metro reports that ‘Tunisian radio Mosaique FM interviewed eyewitnesses of the attack who said they saw gunmen, some of whom were carrying grenades, exiting the inflatable boat before unleashing their attack.5

The story was then changed by Tunisia’s Secretary of State, Rafik Chelli, who informed local media ‘that the gunman’—singular—‘hid his Kalashnikov machine gun under a parasol before opening fire’. The BBC reported that Tunisia’s Interior Ministry claims the gunman killed by police, apparently Rezgui, ‘was acting alone … The Interior Ministry had previously said two attackers were involved, including one who had fled the scene’.6

Tunisia Live said: ‘Local media reports claim that one of the attackers was wearing a police uniform’.7 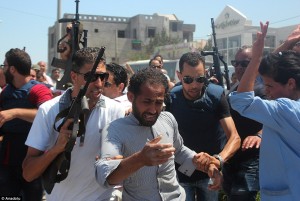 MURDER IN THE HOTEL

The second gunman arrived at the Imperial Marhaba Hotel and opened fire on the crowd. Witness Tom Richards described the assailant as having ‘long black hair and a beard’.8 Ergo, not Rezgui, who was clean-shaven and had short hair.

A second, bearded man was seen being carried away by armed police. He could be innocent, an accomplice, or part of the Tunisian secret services assisting the attack. Sky News reports: ‘Local radio said police captured a second gunman, but officials did not confirm the arrest or his role in the attack’. 9 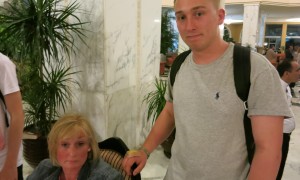 The facts are there were two gunmen, or more, who arrived by boat. The official story is that a lone-wolf entered the beach hiding his gun under a parasol and made his way to the Hotel.

The allegation that the Islamic State (ISIS) has claimed responsibility for the attack comes for Search from International Terrorist Entities (SITE), a private US-based corporation run by a woman (Rita Katz) who served in the Israeli Defence Forces.10 In other words, ‘Pentagon-linked Israeli claims that ISIS takes responsibility for terror attack’. 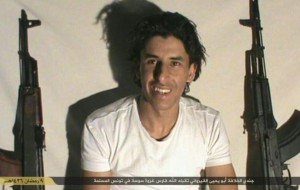 Scholars agree that ISIS adopts the Wahhabi form of Islam.11 Under Wahhabism, ‘shaving of the beard … [is] forbidden’ (University of Cumbria). The French Journal of African Studies, describes Wahhabism as ‘a purification of practices inscribed in the bodies through the wearing of the beard or specific dress codes (such as wearing black dress and integral veil for women) practices such as praying crossed arms’.12

Yet Rezgui, like other alleged terrorists,13 is clean-shaven, meaning that he cannot possibly be an Islamic extremist. The BBC propaganda machine noticed this anomaly and tried to cover for the secret services: Rezgui ‘had his beard shaved off, presumably the better to make his way onto the beach without arousing suspicion’. However, his uncle Ali al-Rezgui points out: ‘He didn’t even have a beard, and I’ve never seen him with anyone with a beard. We have extremists like that in Gaafour, but never have I seen him with them’.14