Official documents infer that British secret services and/or their proxies will commit terrorism and blame it on enemies in order to justify rapid military deployments. With the latest bombing of Iraq under way, the UK needs a ‘strategy of tension’ to convince the public that war is necessary.

The term ‘strategy of tension’ comes from Gladio, a Europe-wide operation run by MI6 and the CIA, which began at the close of WWII and continued into the early-1990s. The purpose of Gladio was to train stay-behind networks to battle Soviet expansion across Europe. Another aim was to terrorise the populations of the continent, as well as Turkey, into accepting the rule of neo-fascist governments. CIA-MI6-trained Gladio networks were responsible for many atrocities, including the 1980 Bologna train station bombing.1 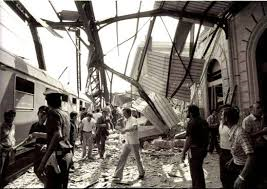 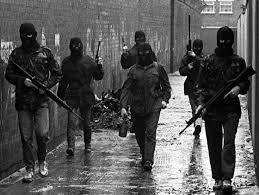 According to former FBI translator Sibel Edmonds, the Pentagon is running Gladio B, focusing on Muslims in Central Asia and the Middle East. ‘In the late 1990s, all the way up to 9/11, [Bin Laden’s second-in-command Ayman] al-Zawahiri and other mujahideen operatives were meeting regularly with senior U.S. officials in the U.S. embassy in Baku to plan the Pentagon’s Balkan operations with the mujahideen’—terrorists armed and trained by Britain and America in the late-1970s to late-1980s. ‘We had support for these operations from Pakistan and Saudi Arabia, but the U.S. oversaw and directed them. They were being run from a secret section of the Pentagon with its own office’, says Edmonds.3

COUNTER-TERRORISM AS A PRETEXT FOR OCCUPATION

A British Ministry of Defence document titled The Future Character of Conflict explains that ‘All warfare requires the political support and consensus of the people in whose name it is waged … The use of military instruments will only be viable once events have been correctly attributed through objective evidence, providing a strong basis in public support and taking that case to Parliament’—sometimes after the Royal Air Force has started bombing, as in the case of Libya.

The ‘objective evidence’ might include soldiers allegedly killed on the streets of Britain by Muslims, or British aid workers allegedly kidnapped by Islamic extremists in Iraq. Chillingly, the document continues:

‘Delays in decision making will impact operational tempo, putting a premium on more agile decision-making structures and processes, both nationally and within the alliance: these processes must be routinely exercised if only to demonstrate resolve. However, public attitude to legitimacy could be changed by an event – such as a Mumbai-style atrocity – designed to provoke a reaction’.4

The inference is that terrorist outrages could be staged, a la Gladio, to elicit public support for more war. Indeed, the so-called security services are already claiming to have foiled a London-based terror plot linked to the Islamic State of Iraq in the Levant (ISIL, also known as ISIS and IS).5 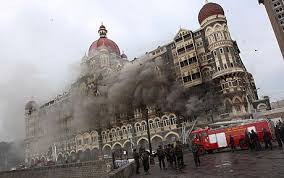 The Mumbai example given by the UK MoD is particularly interesting, given that the atrocity was carried out by the CIA. David Headley, the man blamed for the attack, ‘was acting as a “highly prized counterterrorism asset” for America, according to former officers in the Joint Terrorism Task Force, who said his covert career had run for 11 years’.6

3. Dr. Nafeez Mossadeq Ahmed, ‘Why was a Sunday Times report on US government ties to al-Qaeda chief spiked?’, Ceasefire Magazine, 17 May, 2013, http://ceasefiremagazine.co.uk/whistleblower-al-qaeda-chief-u-s-asset/