Why Go to Russia? 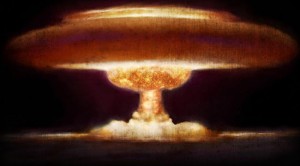 Since 1983, Sharon Tennison has worked to develop ordinary citizens’ capacities to avert international crises, focusing on relations between the U.S. and Russia. Now, amid a rising crisis in relations between the U.S. and Russia, she has organized a delegation which assembled in Moscow yesterday for a two week visit. I joined the group yesterday, and happened to finish reading Sharon Tennison’s book, The Power of Impossible Ideas, when I landed in Moscow.

An entry in her book, dated November 9, 1989, describes the excitement over the Berlin Wall coming down and notes that “Prior to the Wall’s removal, President Reagan assured Secretary General Gorbachev that if he would support bringing down the Wall separating East and West Berlin, NATO would not move ‘a finger’s width’ closer to Russia than East Germany’s border. With this assurance Gorbachev gladly signed on. Little could he or the world have guessed that this promise would soon be broken during the next administration – and that the redeveloping distrust between the countries would threaten to become a second cold War, due to NATO’s expansion up to Russia’s borders.”

Today, NATO and U.S. troops will conclude 10 days of military exercises, Anakonda, on Russia’s western border, involving 31,000 troops. The operation was named after a snake that kills by crushing its prey. Ongoing deployment of 4,000 additional NATO troops has been announced. U.S. and South Korean military exercises just completed at the Demilitarized Zone between North and South Korea were dubbed “Decapitation” and mobilized 320,000 troops.

Conn Hallinan, in “Bear Baiting Russia,” notes that “Russia has two bases in the Middle East and a handful in Central Asia. The U.S. has 662 bases in foreign countries around the world and Special Forces (SOF) deployed in between 70 and 90 countries at any moment. Last year SOFs were active in 147 countries. The U.S. is actively engaged in five wars and is considering a sixth in Libya. Russian military spending will fall next year, and the U.S. will out-spend Moscow by a factor of 10. Who in this comparison looks threatening?”

It’s important for U.S. people to learn more, from ordinary Russian people, about their responses to troop build-up and new bases on their borders, threatening military exercises, and antagonistic arsenals of nuclear weapons on high alert. As President Vladimir Putin begins summoning a new Russian National Guard that could include 400,000 troops, it’s important to hear how Russian people feel about this development.

Rather than foster cartoonized versions of foreign policy, the media should help people recognize complexity in Russian society and include awareness of desires to live in peace on the part of people in both countries. U.S. people committed to peace making might help ordinary Russians sense the complexity of U.S. society and better understand how U.S. military spending and build up toward war adversely affects civil society in the U.S.

Suppose someone in Russia were to ask me what I was doing before coming to Russia.  In honesty, I’d explain that the previous week companions and I finished a 150 mile walk to a supermax prison in my home state of Illinois which could eventually subject 1900 people to tortuous years of solitary confinement, doubling the number of such cells in the U.S. Like the military-industrial complex in the U.S., the prison-industrial complex is now rooted in government salaries and corporate profits, and it’s hard to uproot it.

Before joining the walk, I lived for several weeks in late May and early June with young volunteers in Kabul who long to “live without war.”  15 years into the U.S. war in Afghanistan, the U.S. has “succeeded” in creating conditions for ongoing war.

NATO and U.S. officials claim that their military exercises in countries around the world will enhance international security, but those of us who are members of the delegation here in Russia believe that it’s essential to swiftly reverse the present trend toward Cold Wars with Russia and China. The fantasy of world domination endangers people throughout the world and within the U.S. as people again shudder over the possibility of war between nuclear armed powers.

This morning, Dmitri Babich, an active journalist for over 25 years focusing on Russian politics, said it’s important to name the problem we face, and he believes the fundamental problem is the U.S. insistence on being institutional supremacists, – exceptionalists. In other words, the policy fantasy that stands in the way of addressing major world problems cooperatively is the idea that the United States can retain and expand the boundaries of “sole superpower” domination. United States policy should stop poking and provoking Russia and China along their frontiers, and instead seek negotiated peaceful coexistence.

Missiles fitted with thermonuclear warheads and on battle-ready status are unstable, and, at any time, can result in the catastrophic destruction of cities on both sides, and even the ending of civilized life on earth.

With active cooperation among the great powers and large reductions in wasteful competitive military spending, all countries could cooperatively address the threats from climate change, water shortages, regional underdevelopment, and economic pressures caused by population growth.

Ordinary people everywhere should do all that we can to demand that all international disputes be resolved by non-military means, avoiding all wars and achieving the deactivation of all nuclear weapons. Sharon Tennison’s work to develop citizen-to-citizen diplomacy, since 1983, suggests that people could work together to tackle such problems.

But, informed public opinion in the U.S. and in Russia will be crucially needed. My friend Brad Lyttle, a lead organizer of and participant in the “San Francisco to Moscow Walk” (1960 -1961) recently wrote to President Obama that there is no reason why the U.S. and Russia should continue to jeopardize the very existence of the human species with their huge nuclear arsenals. “Work with President Putin to reduce and eliminate these,” wrote Brad. “Emphasize a trustful and positive approach. Don’t assume that the future needs always to be as bad as much of the past.”