Work of Necessity, Work of Choice 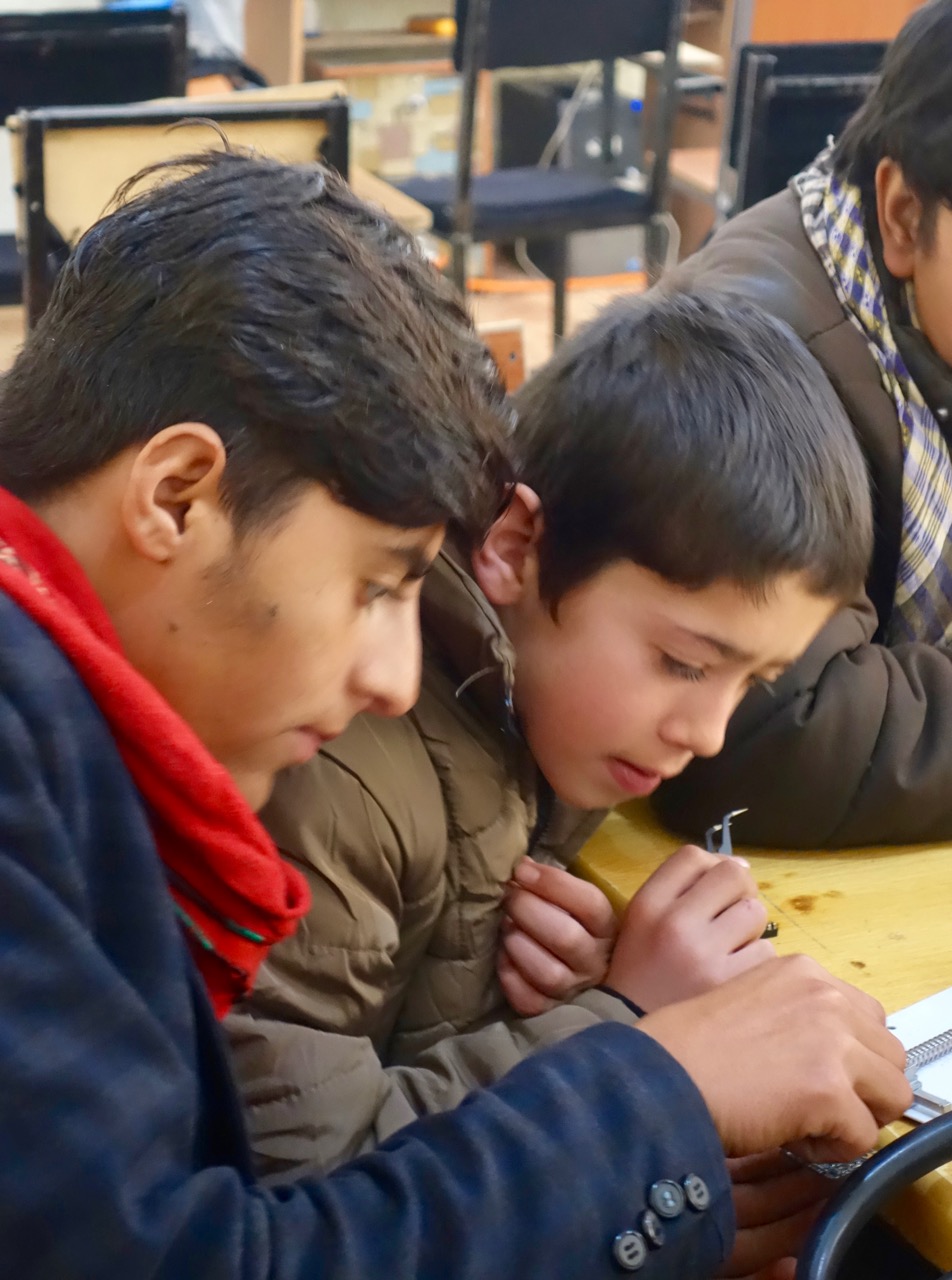 “Ohhh, yes,” he says, without hesitation.

“Where does it hurt?”

Saabir raises his right hand to give his thin upper arm a couple of squeezes.

Saabir supports the 8 Pashtun family members in their home in Kabul, Afghanistan. His father died from an illness when Saabir was 6, and by age 8, Saabir was working in the streets, transporting items in a wheelbarrow.

A few days ago, the House of the Afghan Parliament approved a law on the protection of children, but it only addresses, in principle, children age 5 and younger. At least a quarter of Afghan children ages 5 to 14 work. With no social safety net, few avenues exist for families to meet basic needs. Given the decades of war, extreme poverty, and the highest number of drug addicts in the world, families in Afghanistan who have lost their breadwinner are often left with two choices: send a child out to work or join the 219 million forcibly displaced migrants, seeking food and physical safety.

A group of Afghan high school and university students, the Afghan Peace Volunteers (APVs), is taking a step to increase families’ financial security with a program that teaches Afghan teenagers a trade. Instead of calling for a blanket ban on child labor, they believe that if a youth is taught a trade to earn money for food and other necessities, this training may in fact enable that youth to stay in school.

Having studied at the APVs’ Street Kids School for almost two years, Saabir recently joined a course to learn how to repair cell phones. In past years, students at the Street Kids School would receive a monthly food ration of rice, lentils, oil, and other basic food items if they regularly attended the school’s nonviolence and literacy classes, but the APV youth coordinators have decided to shift from running the food distribution program to offering training in livelihood skills.

Twenty-one self-selected students from the Street Kids School age 13 and older, and 3 family members of younger students, are taking the repair course at the private Gharejestan University in Kabul.

During a recent class, some students brought their own cell phones to class, and as in the US, could not resist checking messages as the instructor talked about “factory reset” and “safe mode.” Mohammad Haidary, age 16, sat in the front of the classroom, listening attentively and asking questions. During the first two weeks, Mohammad has learned the parts of a cell phone, the problems that arise when a SIM card is faulty, and how improper language settings can turn recognizable speech in SMS messages to a series of squares and question marks.

Like Saabir, Mohammad started working young, at about age 9 or 10, joining Hazara family members in weaving carpets at home. He is taking the cell phone repair course because he wants to be able to repair his own phone if something goes wrong, or the phones of his friends. The repair shops charge high prices for a simple problem, he says. He also believes he’ll be able to find a better job and be able to keep attending school. “It takes me a month, together with my family members, to weave a carpet,” Mohammad says, often working all day and therefore unable to attend school. “But with the repair of mobile phones, I don’t have to use the whole day, and the income is higher.”

Mohammad values having his own phone to review school lessons shared digitally by his teachers and to listen to downloaded English audio lessons. He agrees with the transition from providing food gifts to teaching a trade: “I may be able to find a job in the future, and that will, in fact, enable me to have an income. . . . With that income, I can also, then, meet my food needs.”

Among the youngest in the repair course is Gul Mohammad Jamshadi, 14, from the Uzbek ethnic group. The cut off is age 13, in part because Afghans would be unlikely to trust in him for a repair if he were much younger.

Gul Mohammad started selling bread in a bakery when he was 8. Now he works in a provisions shop, earning 200 Afghanis per week, about $2.50 US. This weekly pay is just double the cost of what a Kabul repair shop charges to replace a phone charger.

Gul Mohammad works to support his mother, his unmarried sister, and himself. His elder brother was killed, and his father has passed away. He says he doesn’t have the tools or phone parts to practice at home what he learns in class, but he studies his course book.

If children like himself had a choice, Gul Mohammad thinks it better that they be able to study instead of having to work, better if the government would ensure that the needs of children were met. He values an education and doesn’t want to join the estimated 1.6 million addicts in the country. When the course ends, Gul Mohammad plans to work part time repairing phones while continuing in school. “If I don’t study, I could become like some people who stop studying and become addicts and who can’t find any job to support their families.”

Carolyn Coe traveled to Afghanistan on behalf of Voices for Creative Nonviolence (www.vcnv.org) to visit the Afghan Peace Volunteers (ourjourneytosmile.com) in Kabul. She lives in Maine. For more information, contact info@vcnv.org