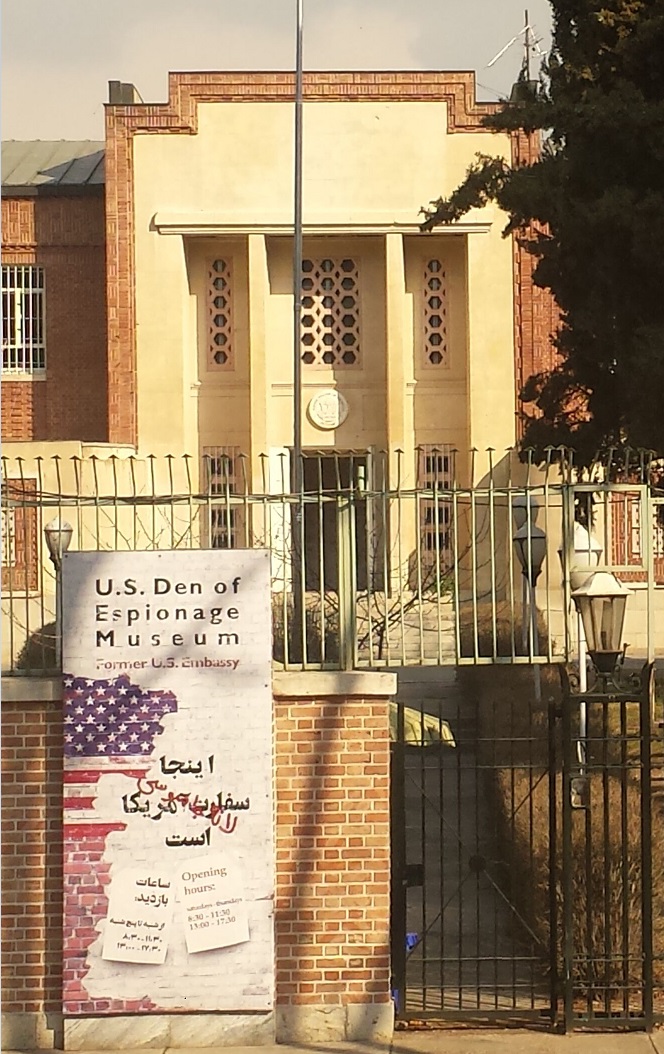 Nearly a thousand of us were gathered in Chicago beneath the alarming edifice of Chicago’s “Trump Tower.” Iran’s General Qassem Soleimani had been brutally murdered the day before in Iraq, with several of his associates; and the welcome surprise of Iran’s relatively measured response was yet a few days off.  A region-wide conflagration seemed just on the verge of engulfing perhaps millions of lives, and consuming, as well, much of the species’ remaining time and attention needed to face our direst threats: with the new war we could fear continued paralysis in the face of an unfolding climate collapse, a terrifying new Cold War (now with hypersonic missiles), and a global far-right resurgence driven by shocking inequality and violence.

I’d been to Iran a year before with Voices’ Sarah Ball on a CODEPINK delegation and, addressing the crowd, I thought of how little attention Trump’s worst crimes, his war crimes, now receive from his critics in both parties.  I wondered aloud if the right-wing trend that had made Trump commander-in-chief was not, as is often argued, a backlash by the poorest Americans against the same kind of contemptuous disregard that American power also shows for the dignity and safety of the people of Iran.

Tragically, in its “forever wars” the United States consistently denounces authoritarianism and religiosity among the world’s poorest, but only as an excuse to violently drive the people of those countries even further from security, democracy, and peace. The U.S. condemns the global poor it claims so ardently to wish to protect, too frequently as a shallow pretext for military and economic subjugation.  Americans, correct to denounce Iran’s theocratic regime, ignore what Iranians are quick to recognize, that Iran’s worst enemy remains not its own government, but that of the United States.

On our first day in Tehran, reformist foreign minister Mohammad Javad Zarif met with us and quipped that Iran veers rightwards whenever the war-hawk John Bolton is anywhere near the levers of U.S. power.  Today the White House would seem to have moved to the right of its stance under Bolton, while Trump’s enemies in both parties alarmingly hail Bolton as an ally in their quest to encircle Russia – Iran’s largest ally.  Predictably, if tragically, this past Friday, religious hardliners swept Iran’s parliamentary elections, with help from a Tehran regime secure as never before in the knowledge that, with U.S. hardliners rampant, Iranians have nowhere else to turn.  Iran’s brave dissidents generally rush to reject all expressions of support from U.S. leaders, hastening to agree on one point only with the many Iranians who support the theocracy: that the United States (along with its Saudi and Israeli catspaws) remains the worst threat which Iranians must face.

There is no reason for U.S. voters to suppose that their government’s hostility towards Iran is aimed at realizing anyone’s human rights.  Staunch U.S. support for the brutal Saudi dictatorship puts the lie to any such claim. Iran’s military support for its regional allies is massively dwarfed in destructive impact by the Saudi role, directly and through proxies, in bloodily destabilizing the region.  The U.S.’ own 2003 invasion of Iraq remains the century’s worst human rights violation (if the Saudis’ U.S.-backed, famine-assisted war in Yemen doesn’t catch it up).  An untold number of Iranians facing dire economic hardship were recently gunned down protesting the greed (perhaps more than the strict religion) of Iran’s clerical oligarchs; but the U.S. had, through its crushing sanctions, imposed this hardship deliberately and with the stated intent of callously forcing Iranians to topple the regime for them.

The idea that a U.S.-driven regime change, either through sanctions or through war, might somehow democratize Iran is popular in the U.S., but it’s a prospect for which few Iranians would ever want to vote.  Social scientists place Iran among Earth’s most nationalistic countries, with many in Iran acutely aware of the U.S.-driven coup which crushed Iran’s stubborn bid for secular democracy in 1953. The Islamism which revolutionary Iran adopted in 1979 was widely considered an anti-colonialist necessity, a “return to ourselves” required to resist further U.S. cooptation and violence. Today, Iranians well note that U.S. leaders’ regime-change plans tend to involve installing, as Iran’s ‘democratic’ rulers, Iran’s most feared terror group, the “Mojahedin-e Khalq”. In 1988, during the Iran-Iraq war, the cultlike “MEK” actually invaded Iran, on Iraq’s behalf, from Iraqi soil, and with air cover from Iraq’s Saddam Hussein.  Outside Tehran I visited the chief graveyard of that war, resting place for hundreds of thousands.  It’s an odd definition of “democracy” under which we hope to impose, through war, the would-be leaders Iranians fear most.

We gathered at a terrible moment this winter beneath the unsightly bulk of Chicago’s Trump Tower, but far more ominous threats loom on our horizon, whether a U.S. war on Iran can be averted or not.  Our forever wars, nightmarish enough in themselves, should terrify us for the truly existential crises they prevent us from addressing.  Trump’s worst crimes are his war crimes, and both of the U.S.’ political parties seem focused on urging Trump towards more war, not less. No mere election but a grassroots movement of never-before-witnessed scope would seem needed to turn our government, in this late hour, away from empire and towards the goal of human survival. But to succeed, that movement will need to involve and empower the bases of both parties, including many of Trump’s voters who it would seem easier to simply dismiss and denounce.

When the U.S. settles for condemning Iran, it drives Iran and the world even further towards dictatorship and annihilatory violence. The most urgent threats facing our species aren’t enemies, like a country or a political party, that we can simply defeat, at however unacceptable a cost, but existential deadlines implicit in our nation’s own wealth and frightened arrogance, deadlines we can’t meet without our “enemies'” freely offered assistance. The path we must follow within the U.S. seems also to be the sole survivable path the U.S. has left that it can follow abroad – to somehow redress those of our neighbors’ real grievances to which their undeniable failings should never have blinded us; to build a movement for species survival which no-one will join if we won’t share our wealth and our power; and to empower those who, like Iran, we’re most inclined to condemn – in the desperate hope of forging a difficult peace.

Sean Reynolds (joveismad@juno.com) is a co-coordinator of Voices for Creative Nonviolence (www.vcnv.org) and, in February 2019, travelled to Iran’s Tehran and Isfahan with CODEPINK.