Bowe Bergdahl and the Voice of War

During my recent visit to Gangjeong, on Jeju Island, South Korea, where a protest community has struggled for years to block construction of a U.S. military base, conversations over delicious meals in the community kitchen were a delightful daily event. At lunchtime on my first day there I met Emily and Dongwon, a young and recently married couple, both protesters, who had met each other in Gangjeong. Emily recalled that when her parents finally travelled from Taiwan to meet her partner, they had to visit him in prison. Dongwon, who is from a rural area of South Korea, had visited Gangjeong and gotten to know the small protest community living on the Gureombi Rock. Drawn by their tenacity and commitment, he had decided to join them. When a barge crane was dredging the sea in front of Gureombi Rock, Dongwon had climbed up to its tip and declined to come down. On February 18, 2013, a judge had sentenced him to one year in prison for the nonviolent action. 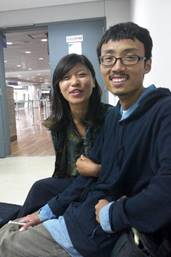 Emily laughs happily as she recalls how muscular she became while she was learning to become a sailor. She had wanted to be able to transport herself and others to and around the islands that in this region tend disproportionately to be affected by militarization, such as Taiwan, Okinawa, and Jeju Island. Boats have factored significantly into civil disobedience against the construction of Jeju’s naval base.

Emily had recently returned from an international meeting with Okinawan islanders. Participants were eager to develop flotilla actions, defending peace in Asian seas, where the U.S. military, as part of its “Asia Pivot,” plans to create a ring of militarized islands in order to contain (even at the cost of provoking) emerging superpower rival China and other nations of concern. 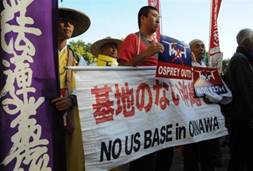 Meanwhile, Dongwon was arranging a conference at Jeju University to explore conscientious objection to war. He and his friend Mark do not want to be conscripted into military service, but failure to comply with the Republic of Korea’s mandatory service could result in extremely severe punishments. Worldwide fully 90 per cent of those presently incarcerated for conscientious objection to military service are to be found in South Korean prisons.  It’s a privilege and a challenge to confer with new, young friends in places like Jeju Island and Kabul, Afghanistan.

Today, as I write these thoughts, Bowe Bergdahl is adjusting to life in the United States.  While serving with the U.S. military in Afghanistan he experienced a crisis of conscience. His experiences in Afghanistan suggested that his platoon was as ready to massacre the local population as to serve it. His youth had been filled with an aspiration to courageous and fierce independence in the pursuit of integrity, and in response to a letter home his father had instructed: “follow your conscience.” Unarmed, he had walked away from his base with the apparent intention to continue walking in the mountains. Picked up by a militant group, he was held as a prisoner of war for half a decade before his release in exchange for five of the 149 prisoners of war held by the U.S. government at its Guantanamo base. While some of these prisoners are military fighters, others are acknowledged civilians suffering their second decade of detention without trial or promise of eventual release.

This exchange, and seemingly the very prospect of Bowe Bergdahl’s release under any conditions, enraged some U.S. critics who blamed Bergdahl for daring to place the dictates of conscience before those of the United States Government.

Some also blamed Bergdahl for casualties among the troops which the U.S. had sent into battle. These soldiers were required to defend the prestige of a U.S. government that takes prisoners of war by the hundreds, shackling them for decades with no prospect of release, even when it’s proven that they are civilians who never took up arms, who were uninvolved in any militia, and who were caught “in the wrong place at the wrong time.” 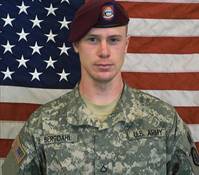 Meanwhile, speaking of the five prisoners of war exchanged for Bergdahl (as one of a series of halting but desperately needed steps towards a peace treaty and withdrawal from Afghanistan) Senator John McCain, himself a former prisoner of war, raged, “”They’re the five biggest murderers in world history! … They killed Americans!” (http://www.rollingstone.com/politics/news/americas-last-prisoner-of-war-20120607)
Bergdahl listened to conscience; listened to the best he knew of the United States; and, heedless of the danger to himself, walked away from war. His military superiors knew that he was troubled, that his platoon was barely functional, and that he needed to find a way out, but they weren’t listening to the voice of compassion. They were listening to the voice of war. 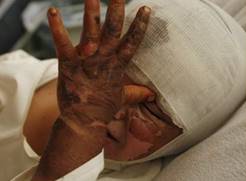 War – this war and the many others like it – has changed us. It demands that a young man brutalized in captivity, that over a hundred of his counterparts brutalized daily in Guantanamo, never meet with any compassion from us ever again.   And from Iraq to Syria, Afghanistan to the Ukraine, U.S. war makers will demand newer wars of us, more rage, and more fear cloaked in expressions of our exceptional humanitarian concern for others. We are absolutely forbidden ever to walk away from war. 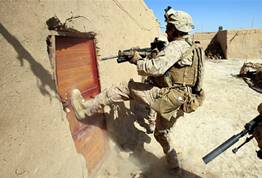 That is the voice of war. South Korea’s own ongoing war is screaming at it to destroy young conscientious objectors with punitive jail sentences. Dissenting island communities face ever-increasing militarization in service of future U.S. superpower clashes.   Worldwide the rage screaming in our ears wherever our power is blocked and our instructions defied drives us further and further into destructive madness in the clutches of which we should be pitied almost as much as feared. But we each do have a choice: We can choose not to listen to war, and act on this choice. For me, it was a saving grace to be able to listen to young people exchanging stories of hope, humor, dedication, and courage over lunches in the Gangjeong community kitchen.

Kathy Kelly (kathy@vcnv.org) co-coordinates Voices for Creative Nonviolence (vcnv.org) and is an Honorary Member of PIPR