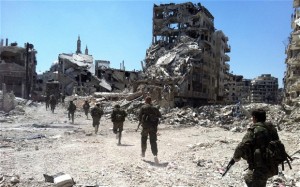 As the British government debate bombing Syria, allegedly to defeat ISIS, the media overlook the bigger picture: Britain, France, and the US have been at war with Syria, in secret, since 2010.

Britain’s secret proxy war in Syria has led to the destruction of much of the country, the creation of 4 million refugees (adding to the 4 million Palestinian refugees and 2 million external Iraqi refugees in the region), and the deaths of 210,000 civilians.

In a document from 2005, US intelligence predicted that Arabs would rise up peacefully to overthrow their largely unelected regimes, as they began to do in late-2010 and especially 2011, later known as the Arab Awakening or Arab Spring. 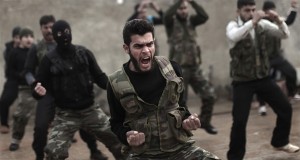 As certain regimes (notably Mubarak of Egypt and Ben Ali of Tunisia) were no longer following US orders, Euro-American businesses wanted to get rid of them as part of cosmetic changes and keep the ones who were. The document explains that following the destruction of Iraq, the US had lost such standing in the ‘Muslim world’, that internal revolutions could be fomented by ‘manufacturing democracy’ and creating a ‘domino effect’. Not real democracy, of course, but ‘democracy’ conducive to US business interests. 1 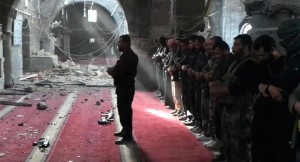 With ‘god’ on their side…

Regime change is part of the Broader Middle East and North Africa Initiative, or New Middle East. It is described by the Council on Foreign Relations as a European Union-style trading bloc. Carnegie Endowment scholars write: ‘Except in Syria and Libya, economic liberalization has been an integral part of the policies of Arab governments at least since the early 1990s’.2 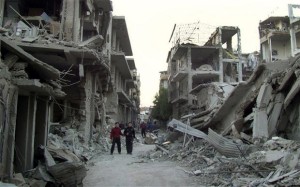 Homs after the proxy invasion of international terrorists.

A British House of Commons document says: ‘[Assad] was thought to be a reformer … Economic reforms were enacted … but the economy is still dominated by the state’. Oil journals said the same about Gaddafi: ‘the reform process was highly orchestrated, in effect an affair of marginal and cosmetic rather than radical or wholesale changes’. Hence, they had to go.3

In early-2010, the UK Ministry made some astonishing admissions, as they usually do in public documents, knowing that the craven media and publishing industry will not report on them. The document not only admitted that proxies would be used to fight future wars, but that the proxies would be terrorists and grow difficult to control: 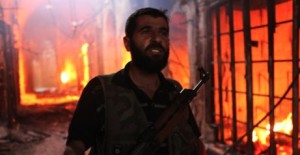 ‘[states] will seek to distance themselves by use of proxy forces, cyber-attack, as well as covert and clandestine methods … [Many] are likely to employ irregular tactics including terrorism, while concealing and refuting links to state sponsors in order to preserve their freedom of action and maintaining a degree of deniability for the state … and are likely to prove difficult to control over time’ (emphases in original).4

Keeping in mind the Syria protests were comparatively peaceful until September 2011, former French foreign minister, Roland Dumas, said: ‘top British officials … confessed to me … that they were preparing something in Syria … Britain was organizing an invasion of rebels into Syria’.5 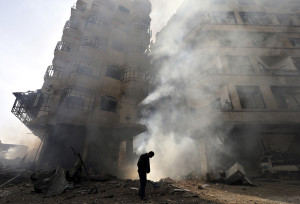 As a result of what appears to be a botched SAS operation in Libya, and subsequent media damage-limitation, we know that MI6 had been training anti-Gaddafi terrorists in Libya since October 2010, four months before the start of the civil war. The Daily Mail reported on one ‘Tom Smith’, an MI6 agent who had been living on a farm and facilitating contacts between anti-Gaddafi terrorists and the SAS. Syria followed the same pattern.6

‘Reports from late November [2011] … state that British Special forces have met up with members of the Free Syrian Army (FSA), the armed wing of the Syrian National Council. The apparent goal of this initial contact was to establish the rebel forces’ strength and to pave the way for any future training operations.  More recent reports have stated that British and French Special Forces have been actively training members of the FSA, from a base in Turkey. Some reports indicate that training is also taking place in locations in Libya and Northern Lebanon. British MI6 operatives and UKSF (SAS/SBS) [UK Special Forces (Special Air Service/Special Boat Service)] personnel have reportedly been training the rebels in urban warfare as well as supplying them with arms and equipment. US CIA operatives and special forces are believed to be providing communications assistance to the rebels.7 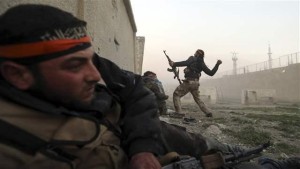 LIBYA AS A CONDUIT

Remember ‘Tom’, the MI6 agent who been present in Libya since October 2010? It turns out that MI6 had been facilitating the armaments of anti-Assad terrorists in Syria via Libya. ‘[A] secret agreement reached in early 2012 between the Obama and [Turkish] Erdoğan administrations … was responsible for getting arms from Gaddafi’s arsenals into Syria’, says Seymour Hersh.

‘[F]unding came from Turkey, as well as Saudi Arabia and Qatar; the CIA, with the support of MI6 … A number of front companies were set up in Libya, some under the cover of Australian entities’. Hersh goes on to note that ‘Retired American soldiers, who didn’t always know who was really employing them, were hired to manage procurement and shipping. The operation was run by [CIA director] David Petraeus’. Hersh notes that ‘[t]he involvement of MI6 enabled the CIA to evade the law by classifying the mission as a liaison operation’.8 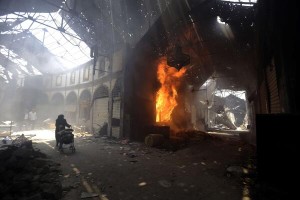 Syria has been imploded.

In March 2013, the Guardian reported: ‘Jordanian security sources say [a] training effort is led by the US, but involves British and French instructors … [A] small number of [British] personnel, including special forces teams, have been in the country training the Jordanian military’.9