COVID-19 and the Wasting Disease of Normalcy 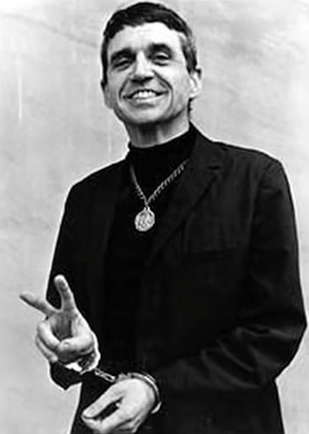 “But what of the price of peace?” asked Jesuit priest and war resister Daniel Berrigan, writing from federal prison in 1969, doing time for his part in the destruction of draft records. “I think of the good, decent, peace-loving people I have known by the thousands, and I wonder. How many of them are so afflicted with the wasting disease of normalcy that, even as they declare for the peace, their hands reach out with an instinctive spasm in the direction of their loved ones, in the direction of their comforts, their home, their security, their income, their future, their plans — that twenty-year plan of family growth and unity, that fifty-year plan of decent life and honorable natural demise.”

From his prison cell in a year of mass movements to end the war in Vietnam and mobilizations for nuclear disarmament, Daniel Berrigan diagnosed normalcy as a disease and labeled it an obstacle to peace. “’Of course, let us have the peace,’ we cry, ‘but at the same time let us have normalcy, let us lose nothing, let our lives stand intact, let us know neither prison nor ill repute nor disruption of ties.’ And because we must encompass this and protect that, and because at all costs — at all costs — our hopes must march on schedule, and because it is unheard of that in the name of peace a sword should fall, disjoining that fine and cunning web that our lives have woven… because of this we cry peace, peace, and there is no peace.”

Fifty one years later, due to the COVID-19 pandemic, the very notion of normalcy is being questioned as never before. While Donald Trump is “chomping on the bit” to return the economy to normal very soon based on a metric in his own head, more reflective voices are saying that a return to normal, now or even in the future, is an intolerable threat to be resisted. “There is a lot of talk about returning to ‘normal’ after the COVID-19 outbreak,” says climate activist Greta Thunberg, “but normal was a crisis.”

In recent days even economists with the World Bank and the International Monetary Fund and columnists in the New York Times have spoken about the urgent necessity of reordering economic and political priorities to something more human- only the thickest and cruelest minds today speak of a return to normal as a positive outcome.

I was starting high school when Daniel Berrigan asked his question and at the time, while there obviously were wars and injustices in the world, it seemed as though if we did not take them too seriously or protest too strenuously, the American Dream with its limitless potential was spread before us. Play the game, and our hopes would “march on schedule” was an implied promise that in 1969 looked like a sure thing, for us young white North Americans, anyway. A few years later, I abandoned normal life, dropped out after a year of college and joined the Catholic Worker movement where I came under the influence of Daniel Berrigan and Dorothy Day, but these were privileged choices that I made. I did not reject normalcy because I did not think that it could deliver on its promise, but because I wanted something else. As Greta Thunberg and the Friday school strikers for climate convict my generation, few young people, even from previously privileged places, come of age today with such confidence in their futures.

The pandemic has brought home what the threats of global destruction by climate change and nuclear war should have long ago- that the promises of normalcy will never deliver in the end, that they are lies that lead those who trust in them to the ruin. Daniel Berrigan saw this a half century ago, normalcy is an affliction, a wasting disease more dangerous to its victims and to the planet than any viral plague.

Author and human rights activist Arundhati Roy is one of many who recognizes the peril and the promise of the moment: “Whatever it is, coronavirus has made the mighty kneel and brought the world to a halt like nothing else could. Our minds are still racing back and forth, longing for a return to ‘normality’, trying to stitch our future to our past and refusing to acknowledge the rupture. But the rupture exists. And in the midst of this terrible despair, it offers us a chance to rethink the doomsday machine we have built for ourselves. Nothing could be worse than a return to normality. Historically, pandemics have forced humans to break with the past and imagine their world anew. This one is no different. It is a portal, a gateway between one world and the next.”

“Every crisis contains both danger and opportunity,” said Pope Francis about the present situation. “Today I believe we have to slow down our rate of production and consumption and to learn to understand and contemplate the natural world. This is the opportunity for conversion. Yes, I see early signs of an economy that is less liquid, more human. But let us not lose our memory once all this is past, let us not file it away and go back to where we were.”

“There are ways forward we never imagined – at huge cost, with great suffering – but there are possibilities and I’m immensely hopeful,” said Archbishop of Canterbury, Justin Welby, on Easter. “After so much suffering, so much heroism from key workers and the NHS (National Health Service) in this country and their equivalents all across the globe, once this epidemic is conquered we cannot be content to go back to what was before as if all was normal. There needs to be a resurrection of our common life, a new normal, something that links to the old but is different and more beautiful.”

In these perilous times, it is necessary to use the best social practices and to wisely apply science and technology to survive the present COVID-19 pandemic. The wasting disease of normalcy, though, is the far greater existential threat and our survival requires that we meet it with at least the same courage, generosity and ingenuity.