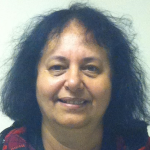 Dr. Suaad Genem-George is author of Self-Determination to the Palestinian Citizens of the State of Israel and International Law (2007). Dr. Genem-George received her PhD in Human Rights Law from the University of Exeter, UK. The village of Fureidis, her home, is now part of Israel and was one of the few Palestinian villages not to be cleansed of its Arab inhabitants during and after the creation of the State of Israel in 1948. In Fureidis, Dr. Genem-George supported full rights for Palestinians (who were granted second-class citizenship). She was imprisoned and tortured by the Israeli authorities as a result. Since she came to the UK, she has worked tirelessly, both at the grassroots level and within Devon County Council, to oppose racism in all its forms, fight for justice, promote women’s rights, educate children, and help communities. She is the founder and managing director of Centre for Human Rights and Social Equality; Chair of the Exeter Respect Festival; Vice-Chair of the Devon Faith and Belief Forum; a member of the Police Independent Advisory Group; a member of the Police local reference group; and the founding member of Devon United Women.

Kathy Kelly has made 15 trips to Afghanistan. As an  invited guest of the Afghan Peace Volunteers, she has lived alongside ordinary Afghan people in a working class neighbourhood in Kabul.  She and her companions in Voices for Creative Nonviolence believe that “where you stand determines what you see.”
They are resolved not to let war sever the bonds of friendship between them and Afghan people whom they’ve grown to know through successive delegations. Kelly and her companions insist that the U.S. hasn’t waged a “humanitarian war” or a “war of necessity” in  Afghanistan. They also believe that  maintaining special operations forces and drone warfare will prolong and exacerbate the war.
Kelly has  joined with activists in various regions of the U.S. to  protest drone warfare by holding demonstrations outside of U.S. military  bases in Nevada, upstate New York, Beale AFB in California,  Whiteman Air  Force base in Missouri and, most recently, in Battle Creek, MI.  Kelly will face trial and a possible six month imprisonment for entering Whiteman Air Force Base, near Kansas City, carrying a loaf of bread and a request to speak with the base commander about the base’s operation of weaponized drones attacking people in other countries.
From 1996 – 2003, Voices activists formed 70 delegations that openly defied economic sanctions by bringing medicines to children and families in Iraq. Kathy and her companions lived in Baghdad throughout  the 2003 “Shock and Awe” bombing. They have also lived alongside people during warfare in Gaza, Lebanon, Bosnia and Nicaragua. She was sentenced to one year in federal prison for planting corn on  nuclear missile silo sites (1988-89) at Whiteman Air Force Base and spent three months in prison, in  2004, for crossing the line at Fort Benning’s military training school. As  a war tax refuser, she has refused payment of all forms of federal income tax since 1980. In February 2016, she was arrested again (with Brian Terrell) at Volk Field AFB, Wisconsin, for carrying bread as a symbol of peace onto the base.

Dr. John Pilger is the recipient of numerous honorary doctorates and titles, including the Edward Wilson Fellowship from Deakin University, Melbourne, Frank H.T. Rhodes Professorship from Cornell University, and from Oxford Brookes University. A prolific filmmaker, he has made 59 documentaries to date, all of which challenge Establishment claims, from healthcare to nuclear weapons.
Born in Bondi, Sydney, Australia, he launched his first newspaper at Sydney High School and later completed a four-year cadetship with Australian Consolidated Press. Having written numerous articles and made numerous documentaries on the subject, he is a keen defender of the rights of Aborigines, who remain oppressed and slandered by the Australian government and mainstream media.
After moving to the UK, Pilger joined Reuters and moved to the Daily Mirror, Britain’s biggest selling newspaper. He became chief foreign correspondent and reported from all over the world, covering numerous wars, notably Vietnam. Still in his twenties, he became the youngest journalist to receive Britain’s highest award for journalism, Journalist of the Year and was the first to win it twice.
The combined impact of his Mirror reports and his subsequent documentary, Year Zero: the Silent Death of Cambodia, raised almost $50 million for the people of that stricken country. Similarly, his 1994 documentary and dispatches report from East Timor, where he travelled under cover, helped galvanise support for the East Timorese, occupied by Indonesia. In Britain, his four-year investigation on behalf of a group of children damaged at birth by the drug Thalidomide, and left out of the settlement with the drugs company, resulted in a special settlement.
He has won over 20 major awards, including an Emmy, the UN Media Peace Prize, a BAFTA, Reporters San Frontiers Award, and many others. In 2003, he was awarded the prestigious Sophie Prize for ’30 years of exposing injustice and promoting human rights.’ In 2009, he was awarded the Sydney Peace Prize.
Writing for the Guardian, the Independent, the New York Times, the Los Angeles Times, the Mail & Guardian (South Africa), Aftonbladet (Sweden), and others, Pilger has written several books, including Hidden Agendas, The New Rulers of the World, and Freedom Next Time. He also edited Tell Me No Lies, in which he shined a light on the works of young, courageous, and independent journalists. His new film is about America’s ‘pivot’ to Asia, particularly its threats to China.