How the New Atheists Lie About Palestine: Dawkins, Dennett, and Harris Contradict Their Own Sources 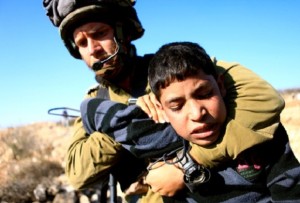 The latest UN report on Israeli-occupied Palestine concludes that, ‘The crisis in war-torn Gaza is deepening’, with 12,600 homes ‘totally destroyed’ and not a single one rebuilt, with many more partially destroyed and unliveable. In the West Bank, ‘there are daily infringements of Palestinian rights as land is increasingly lost to illegal settlements’, says Makarim Wibisono, the UN Special Rapporteur.1

The UN report reaffirms that Israel is illegally occupying Gaza and the West Bank, including East Jerusalem. The report follows recent observations by Human Rights Watch that, ‘The number of children killed in Palestine by Israeli forces’ during Operation Protective Edge ‘jumped to 557, … more than the number killed in the last two military operations there combined’.2 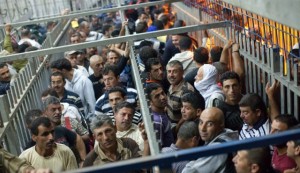 Palestinians in the West Bank packed like sardines at Israeli checkpoints.

Commenting on the developments, Ha’aretz reports a rift between the Israeli Occupation Forces and Shin Bet, Israel’s internal ‘security’ force. With a catalogue of obvious war crimes committed during Protective Edge—the biggest being the occupation, from which all other crimes swell—Israeli leaders of ‘security’, military, and politics are passing the buck.

‘The IDF’s rival will be a much more powerful organization’, says Ha’aretz, ‘which has operated shamelessly and out in the open in recent years within the Justice Ministry – the front for protecting Benjamin and Sara Netanyahu’.3

Amid the suffering, the so-called New Atheism genre flourishes, with the Young Turks website recently generating over 200,000 YouTube hits on the email debate between New Atheist, Dr. Sam Harris, and Noam Chomsky.4

After Operation Protective Edge, Harris wrote: ‘the Israelis really do want to live in peace, however inept and callous they may have been in trying to secure it, while their neighbors are explicitly committed to their destruction’. His evidence: ‘It seems to me’. In the same article Harris fails to refer to ‘Occupied Palestinian Territories’.5 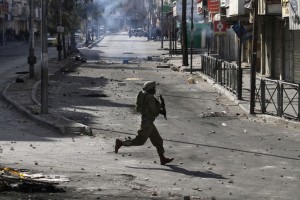 Harris’s book The End of Faith, kick-started the New Atheism movement and was followed by books by Daniel Dennett, Richard Dawkins, and the late Christopher Hitchens. It turns out that, politically speaking, the New Atheism is a hoax. In case after case, Harris et al. take their own sources out of context.

Americans and Europeans can help to end the destruction of Palestine by leaning on their leaders to end support for Israel. But are how the secularists of those countries, who follow the deceptions of the New Atheists, to do so if they are getting a distorted picture of reality from Harris et al.?

Why does the ‘death cult’, as Harris calls Palestinian resistance, exist? In The End of Faith, Harris argues that religious ideas and indoctrination push individuals to kill themselves and murder others. In support of this idea, Harris writes of Zaydan Zaydan, a would-be suicide bomber who is quoted as saying, ‘I didn’t want revenge for anything. I just wanted to be a martyr’. Harris’s source is a New York Times article. 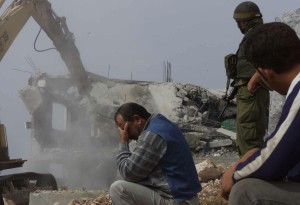 Here’s what Harris leaves out of the article. The author, James Bennett, writes of ‘the blend of religion, desperation, low technology and cruelty that can produce suicide bombers’ and goes on to explain that, ‘After Israel first raided Jenin’s refugee camp at the beginning of March [2002], Mr. Zaydan said, he began to think seriously about becoming a suicide bomber’. Zaydan sought to kill Israeli soldiers, not civilians, the article says, and quotes Zaydan as saying that Israeli and Palestinian civilians are ‘victims of our leaders’.6 A rather different story than the one presented by Harris.

Harris is not the only New Atheist to repeatedly deceive readers in such a way. In Breaking The Spell, Daniel C. Dennett writes of Raja Shehadeh’s brave condemnation of the suspicions that limit free speech within his culture. Dennett quotes Shehadeh as saying: ‘Most of your energy is spent extending feelers to detect public perception of your actions, because your survival is contingent on remaining on good terms with your society’. 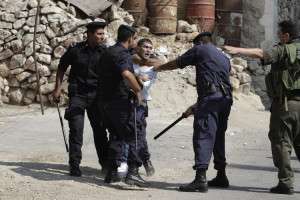 We find that Shehadeh actually wrote that this tension arises from living under occupation, not as a result of Islam, as Dennett portrays it. Shehadeh writes about a Palestinian expat living in the US (here’s what Dennett leaves out, to give one example): ‘He did not have to worry about being stopped and harassed. He did not have to be concerned that soldiers could enter his home and do what they wished under the authority of military law. He did not live with the constant news of bombs exploding’ (Shehadeh, Strangers in the House).

In The God Delusion, Richard Dawkins quotes the testimony of a young Palestinian failed suicide bomber, known as S: ‘We were floating, swimming, in the feeling that we were about to enter eternity … We made an oath on the Koran, in the presence of Allah—a pledge not to waver’. Dawkins was quoting an article in the New Yorker.

Here’s what Dawkins conveniently omits. The New Yorker article says: ‘S. was one of eleven children in a middle-class family that, in 1948, had been forced to flee from Majdal [Palestine] to a refugee camp in Gaza, during the Arab-Israeli war that started with the creation of the State of Israel’.7 It goes on to note that S joined Hamas—which was being trained by Israel at the time to defeat the secular PLO, one might add8 —to join the intifada. Other would-be bombers said: ‘The Israelis humiliate us. They occupy our land, and deny our history … The Israelis kill our children and our women. This is war, and innocent people get hurt’. 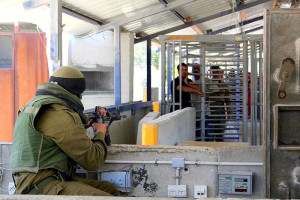 Quite a different picture than the religiously-crazed fanatic painted by Dawkins.

America remains the biggest arms exporter, financial donor, and diplomatic supporter of Israel, and thus continues the destruction of the Palestinians. Awakening the American public to the horrors of Palestinian reality, like the recent UN report mentioned above, is crucial if we are to get enough public pressure on US leaders to make a difference.

With their deliberately selective quotes, the New Atheists are one more obstacle on the path to understanding the reality of occupation. Polls give us reason to be cautiously optimistic. The Brookings Institution says that 71% of Americans support Israel as a democracy, compared with 24% as a ‘Jewish State’, indicating that the majority of the US public prefers political secularism. By portraying the destruction of Palestine as a conflict between religious entities, the New Atheism feeds into dialectic. 63% of Americans condemn Israel’s colonies. However, 55% say the US should bias towards Israel (6% towards the Palestinians) in times of bombing.9

Writers, academics, and journalists need to oppose the New Atheism model and portray Palestinians for who they are: human beings living under inhuman conditions.

TJ Coles is director of the Plymouth Institute for Peace Research, editor of Voices for Peace and author of The New Atheism Hoax (www.pipr.co.uk/ebooks).