The Billionaires Behind the Alt-Right: How Mercer, Thiel and Luckey Turn Grassroots Anger into Astroturf 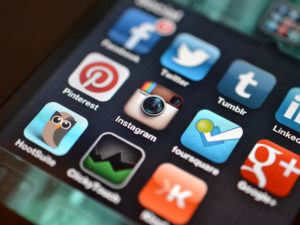 Social media as a weapon.

Donald Trump is a billionaire, the richest President in US history. Many of his supporters on the alternative-right and in the alternative-media (alt-right) are actually in the pay of—or their organizations have been sponsored by—fellow billionaires. Their agenda appears to be spreading hate, whipping up hysteria, and ultimately deflecting attention from the real causes of poverty, declining living standards and inequality: namely themselves and their class. As Warren Buffett (who supports the Democrats) once put it: ‘There’s class warfare alright, but it’s my class, the rich class, that’s making war … and we’re winning’.

As we saw with Brexit, movements that appear to emerged from the grassroots sometimes turn out to be astroturf movements financed by the mega-rich who know how to manipulate certain people’s anger. The alt-right media, especially Breitbart News and its infamous affiliates like Milo Yiannopoulos, appear to have popped up out of nowhere. The success of the alt-right media is commonly attributed to the large number of people in America and across the world who share their views. But the reality is that the alt-right is a fringe movement. Its success can be largely attributed to billionaire donors.

This article is adapted from my new book, President Trump, Inc..

Robert Mercer: Hedge fund billionaire Robert Mercer. Mercer and his daughter Rebekah not only financed the Trump campaign and Breitbart News (to the tune of $10m in 2011 alone), but the Mercers reportedly arranged for Steve Bannon to work in Trump’s cabinet.  Vanity Fair reports that Robert and Rebekah Mercer spent $13.5m in donations to  organizations supporting Republican Ted Cruz. After Cruz dropped out, their funding went to  Trump. Bloomberg alleges that Rebekah met Trump’s daughter Ivanka and her husband, Jared Kushner. Rebekah reportedly suggested that Trump employ Breitbart editor Steve Bannon as his chief strategist.

Peter Thiel: Reddit was founded in 2005 as a news aggregation/sharing/rating and community forum site. In 2014, a pool including Peter Thiel invested millions of dollars in the website. Thiel (worth over $2bn) is the founder of PayPal and a major Facebook investor. He is a staunch Trump supporter whose book on technology start-ups, Zero to One (2014), inspired the Trump team’s use of social media in the election campaign.

After Thiel invested in Reddit, users established a subreddit called /r/The_Donald. KnowYourMeme.com analyses the Trump-Reddit pages. The About section reads: ‘/r/The_Donald is a subreddit for supporters of United States president-elect [now President] Donald Trump. Members of the online community often refer to themselves as “centipedes” and have been associated with the loose conservative group known as the “alt-right”’. The page also says: ‘While the subreddit has a rule against “racism/anti-Semitism,” posts and comments expressing “Islamophobia” are not restricted. On February 10th, 2016, a /r/The_Donald  moderator stickied a post announcing to “stop reporting Islamophobia”’. The moderator wrote in full: ‘Jesus Christ people, stop reporting Islamophobia. We don’t fucking care about our  “Islamophobia problem” AT ALL!’ (emphasis in original).

In 2015, author, journalist, webmaster and troll Chuck C. Johnson was banned from Twitter following requests for donations to murder Black Lives Matter activist, Deray McKesson. Johnson was later photographed at a dinner with white supremacists held in Washington, DC. In 2017, Forbes reported that Johnson ‘is working behind the scenes with members of the transition team’s executive committee, including billionaire Trump donor Peter Thiel, to recommend, vet and give something of a seal of approval to potential nominees from the so-called “alt-right”’.

Palmer Luckey: Luckey is an entrepreneur worth $700m. In 2014, he sold his Oculus virtual reality start-up to Facebook for $2bn. Luckey started posting on Reddit’s /r/The_Donald in an effort to raise funds for a non-profit entity called Nimble America. Under the username NimbleRichMan, Luckey wrote: ‘I am a member of the 0.0001% … I have supported Donald’s presidential ambitions for years. I encouraged him to run in the last election … I have already donated significant funds to Nimble America … I will match your donations dollar for dollar’.

‘Shitposting’ is a term used to describe forum posts and threads that take a subject off-topic and include generic abuse. It has been used by Trump supporters as a propaganda weapon against Hillary Clinton. KnowYourMeme.com notes that one of its Trump-supporting moderators allowed Palmer Luckey’s Nimble America to get some free advertising, noting the success in shitposting. The site confirms that in September 2016, ‘moderator TehDonald [sic] of the /r/the_donald subreddit submitted a post promoting … Nimble America, remarking that the community had “proven that shitposting is powerful and meme magic is real.” Meanwhile, Redditor NimbleRichMan [i.e., Luckey] submitted a /r/the_donald post asking for help defeating Hillary Clinton by donating to Nimble America’.