Tory Hell: Freedom of Movement is a Privilege of the Rich 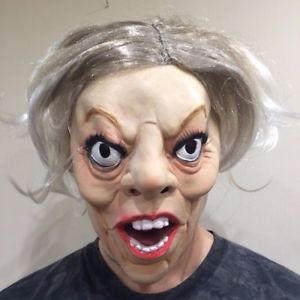 The right-wing Telegraph newspaper reports that under the UK’s “citizenship by investment programme” started in the 1980s, the mega-wealthy are buying passports as status symbols. These offer “visa-free access to a huge number of countries,” including, of course, Britain. In the UK, £2m can buy you a tier-one visa, granting a three-year residency.

Meanwhile, back in the land of the barely living, the Home Office under Elmer Fudd unlawfully wrote to a hundred EU nationals living in the UK threatening them with deportation and telling them to prepare to leave. This supposed error was in reality a thinly-veiled threat to the EU negotiating team: do as we little Englanders want, or we’ll send back your unwanted.

On the advice of Oxford toff and ex-Barclays Capital employee, Sir Ivan Rogers, PM Theresa May used EU nationals as bargaining chips to strengthen Britain’s position in Brussels during the Brexit “negotiations,” a poorly directed puppet show designed to make it look as though the mega-wealthy haven’t already decided the fate of the UK post-Europe.

When it comes to really desperate people—those from countries the US, Britain and Europe are destroying under the pretext of fighting terrorism—the situation seems hopeless, as long as an anti-human attitude prevails among most Europeans and the media. In 2016, 21,000 refugees were turned away, most of them unlawfully, in the first phase alone of asylum application in the UK.

Stick to the less desperate EU nationals living in the UK: The Tory elite (many Tory MPs oppose this) have refused to legally guarantee the rights of EU nationals to stay in the UK. By 2017, 122,000 net EU nationals left the UK, including many who had lived there for several years.

It’s all very well for rich celebrities like Morrissey (David Cameron’s favourite singer) and Ringo “peace and love” Starr to swan around in their luxury accommodations in the USA, having effectively bought their right to remain in America, while simultaneously praising Brexit as a triumph of sovereignty, but for the impoverished majority, what is a legal right—to be a refugee or a settled citizen—is in reality a time of great stress and ultimately a lottery.

Dr T.J. Coles is the author of President Trump, Inc. and The Great Brexit Swindle (both Clairview Books).