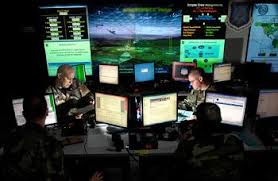 ‘We, veterans of Unit 8200, reserve soldiers both past and present, declare that we refuse to take part in actions against Palestinians and refuse to continue serving as tools in deepening the military control over the Occupied Territories … Information that is collected and stored harms innocent people. It is used for political persecution and to create divisions within Palestinian society by recruiting collaborators and driving parts of Palestinian society against itself. In many cases, intelligence prevents defendants from receiving a fair trial in military courts, as the evidence against them is not revealed’.

‘Intelligence allows for the continued control over millions of people through thorough and intrusive supervision and invasion of most areas of life. This does not allow for people to lead normal lives, and fuels more violence further distancing us from the end of the conflict’.

‘Millions of Palestinians have been living under Israeli military rule for over 47 years. This regime denies the basic rights and expropriates extensive tracts of land for Jewish settlements subject to separate and different legal systems, jurisdiction and law enforcement. This reality is not an inevitable result of the state’s efforts to protect itself but rather the result of choice. Settlement expansion has nothing to do with national security. The same goes for restrictions on construction and development, economic exploitation of the West Bank, collective punishment of inhabitants of the Gaza Strip, and the actual route of the separation barrier’.1 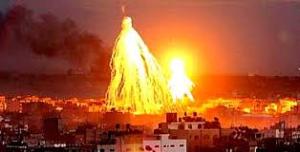 During Operation Protective Edge (2014), over 359 ‘Jewish survivors and descendants of survivors and victims of the Nazi genocide’, wrote:

‘we unequivocally condemn the massacre of Palestinians in Gaza and the ongoing occupation and colonization of historic Palestine. We further condemn the United States for providing Israel with the funding to carry out the attack, and Western states more generally for using their diplomatic muscle to protect Israel from condemnation. Genocide begins with the silence of the world.

We are alarmed by the extreme, racist dehumanization of Palestinians in Israeli society, which has reached a fever-pitch. In Israel, politicians and pundits in The Times of Israel and The Jerusalem Post have called openly for genocide of Palestinians and right-wing Israelis are adopting Neo-Nazi insignia …

We must raise our collective voices and use our collective power to bring about an end to all forms of racism, including the ongoing genocide of Palestinian people. We call for an immediate end to the siege against and blockade of Gaza. We call for the full economic, cultural and academic boycott of Israel. “Never again” must mean NEVER AGAIN FOR ANYONE!’2

Operation Protective Edge coincided with the tenth anniversary of Breaking the Silence, ‘an organization of veteran combatants who have served in the Israeli military since the start of the Second Intifada [2000]’. Breaking the Silence has collected 950 testimonies. The organisation states:

‘Cases of abuse towards Palestinians, looting, and destruction of property have been the norm for years, but are still explained as extreme and unique cases. Our testimonies portray a different, and much grimmer picture in which deterioration of moral standards finds expression in the character of orders and the rules of engagement, and are justified in the name of  Israel’s security. While this reality is known to Israeli soldiers and commanders, Israeli society continues to turn a blind eye, and to deny that what is done in its name’.3 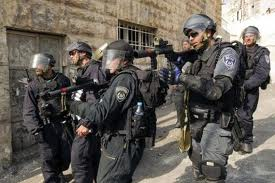 ‘heading downhill towards near-catastrophe … If we go on living by the sword, we will continue to wallow in the mud and destroy ourselves … We must once and for all admit there is another side, that it has feelings, that it is suffering and that we are behaving disgracefully … this entire behaviour is the result of the occupation’.4 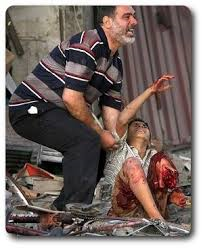 A decade before the founding of Breaking the Silence, Israel’s Prime Minister Yitzhak Rabin informed the Knesset that

‘For 27 years we have been dominating another people against its will … We cannot deny that our continuing control over a foreign people who do not want us exacts a painful price … [T]he current situation creates endless possibilities for Hamas and the other organizations’.5

Rabin and his successors went on to further the torture of Palestine, despite the growing internal dissent documented here.

2. International Jewish Anti-Zionist Network, ‘More than 350 Survivors and Descendants of Survivors and Victims of the Nazi Genocide Condemn Israel’s Assault on Gaza’, website, no date, http://ijsn.net/gaza/survivors-and-descendants-letter/